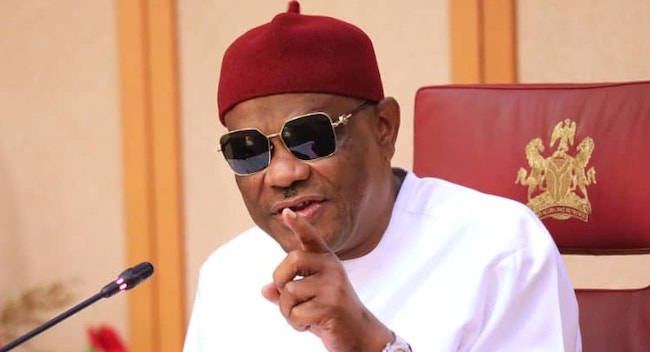 The Governor of Rivers state, Nyesom Wike was not seen among governors of the people’s democratic party (PDP) who arrived in Osun state to support Ademola Adeleke who is the party’s candidate for the forthcoming General elections.

In the photos that surfaced on social media, key Governors such as Douye Diri, Godwin Obaseki, Aminu Tambuwal, Ifeanyi Okowa, who is also the vice presidential candidate of the party as well as former Senate President, Bukola Saraki were spotted.

However, Wike, who has maintained silence after he was jettisoned by the PDP presidential flagbearer, Atiku Abubakar, for the slot of the party’s vice-presidential candidate, was not amongst the PDP governors captured in the photos.

Other candidates are Akin Ogunbiyi of Accord Party, and Goke Omigbodun of Social Democratic Party (SDP).

See Photos of PDP governors presently in Osun State below;