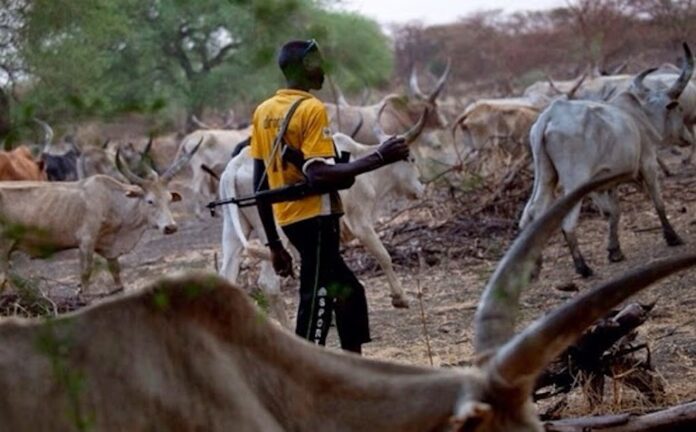 At least five persons were feared dead in a fresh attack on Anter Mbalagh community in the outskirts of Makurdi, the Benue state capital by suspected armed herdsmen.

The attack was said to have left some persons with serious injuries while many have also fled their homes in search of safer abode in neighbouring communities for fear of being killed by the marauders.

It was gathered from a source in the area that the attackers stormed the village yesterday and started shooting sporadically forcing the people to flee and anyone caught up with was murdered.

The source who named some of those feared dead in the attack to include; Terkimbir Orbakpa, Kpungu Orbakpa, Ave Usaar, Aondogu Aku and Temanenge Kyer said that three of the victim had already been buried while the search for the remains of two others was ongoing.

He said: “The attack was unprovoked, the armed herders just stormed the community late in the night at about 12:30am and started shooting. People ran for their lives. Three corpses were recovered in the morning of Tuesday and buried and two others who they must have killed in the bush have not been seen but the search for their bodies is ongoing because if they were alive they would have been seen.”

The Special Adviser to the Governor on Security, Colonel Paul Hemba (retd.) who confirmed the development said he had recorded two deaths in the attack.

The Police Public Relations Officer, Superintendent, SP, Catherine Anene said she was yet to receive details of the incident.