Which way Nigeria as the country marks the 62nd anniversary 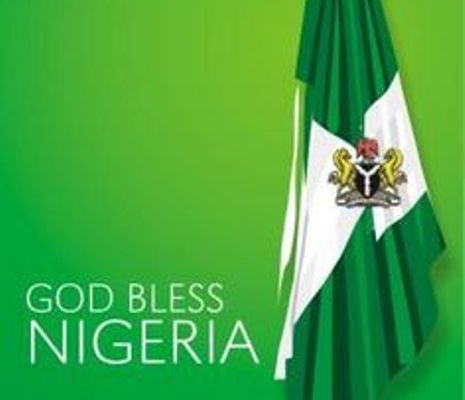 Which way Nigeria? That is the question on the lips of every Nigerian patriot as the country marks the 62nd anniversary of its existence as an independent nation. Which way Nigeria? That is the question being asked by many of the thousands of disappointed and frustrated young Nigerians who call themselves “Obidients” and who are likely to troop out this weekend unto the streets of Lagos.

Which way Nigeria? Those are the three undying words in a question put in song by the great Nigerian music maestro, Sonny Okosun who passed on at the age of 61 reportedly of Colon-cancer on May 24 2008 at Howard University Hospital, in Washington DC, USA.

Which way Nigeria? The campaign for the 2023 general elections in Nigeria to answer this question, has officially kicked off. The referee has blown the whistle. The match has begun!

Which way Nigeria? What we have seen in the many months of meetings and consultations in Nigeria, in London and elsewhere has been horse trading or the appetizer. If you are not ready with your main dish yet and answers to the question, you have a big problem. In a few days, the streets all over Nigeria will be defaced with all manner of posters. Soon, all kinds of campaign propaganda will be blaring on radio and television. John Momoh of Channels TV and Nduka Obaigbena of Arise TV should soon be laughing to the bank. The social media rats who have since been mobilized to join issues are being unleashed to take over Facebook, Instagram, Twitter, WhatsApp, Tik Tok, etc. They will be struggling to answer the question, Which way Nigeria?

Another question that must be answered in this election was asked by the great Sonny Okosun in song: “Who owns Papa’s land?”

Can you see that the parties with big “structures” are having big problems? Big structures mean big egos and big claims to ownership and big money to share. In PDP, Wike, Atiku, Ayu, Okowa, Ortom and co are engaged in a raging battle for control. In APC, party chairman, Adamu & Co are in a wrestling match with Tinubu which has forced Tinubu to go to London to go and “rest”. Big structure, big headache!

For many years, Nigerians have surrendered their country to “the cabal”. Sometimes, they have been called “the Kaduna Mafia”. These are the people who are supposed to determine what happens in the country. They determine who gets what and who goes hungry. They assume that the own Papa’s land. The battle over the composition of the Presidential Council is really a battle for representation in “the cabal” that supposedly owns Papa’s land.

Many might wonder why the “Obidient” movement in Nigeria has caught fire as rapidly as it has done. Peter Obi simply found a vacuum created by the PDP and APC and moved into it. You might also say that the vacuum created by the PDP and APC found Peter Obi and conscripted him. A lot of Nigeria’s young people today are living on the hope which Mr. Obi seems to exude. In fact, the Nigerian “cabal” must thank Obi for whatever level of sanity that still exists in Nigeria. Things might have got to the point where many would have started denying ownership of their big mansions and their fat bank accounts and running for cover from angry Nigerians. It is the hope that many of the young people see in the new movement and the possibility of a better future that is keeping the anger and frustration from boiling over.

!4 years after the death of Sonny Okosun, we are yet to answer the question posed by the great musical prophet, Which way Nigeria?

Sonny Okosun was a true African Soldier. It was around 1971, shortly after the Nigerian civil war, that Sonny Okosun, who had operated under the radar for a while in the showbiz circle, positively announced himself in Lagos as a major act on the Nigerian music scene. Okosun had performed in Benin City for a while as a second guitarist in Victor Uwaifo’s Melody Maestroes. He had earlier experimented in Enugu with a band called “The Postmen” and later, “Paperback Limited”. In Enugu, Sonny Okosun had been a regular on TV appearing on drama shows and such variety shows as the great Okonu’s Club.

His early 70s 7” single, “Help” which had as its flip side another great song, “Don’t Cry” recorded at the EMI Wharf Road Studio in Apapa was a major hit. Both songs had the immensely gifted singer, the late Perry Ernest Okocha on the vocals.

About 1973, Perry Ernest left Sonny Okosun to start a solo career at Polygram Records then managed by Peter Bond, a Briton. In the absence of Perry Earnest, Sonny Okosun grabbed the bull by the horn. He took over the lead singing in his band. Okosun added a big horn section to the band which section was led by trombonist, Fred Fisher and brought in the locomotive drum sounds of Mosco Egbe, the keyboard wizardry of the Ibusa born music man, Jonny Woode Olimah; the guitar riffs of Spark Abiloye; the thumping bass of Ehimme Ottey and his group, Ozzidi took off like a bomb. To top up the attraction, a sexy group of female back-up singers and dancers like Claudia Pepple, Floxxy B, Margaret Akpan and Julie King became part of the group. Sonny Okosun and Ozzidi were on fire!

With Ozzidi, Sonny Okosun became a massive activist and major voice and the soundtrack of the anti-apartheid and liberation movements in Africa. On the wings of Ozzidi, Okosun toured the African continent several times and made such great recordings as “Papa’s Land”, “Fire in Soweto”, “Now or Never”, “Mother & Child”, “African Soldier”, “Which Way Nigeria?” etc. and became the greatest and longest hit maker at EMI Nigeria. Ozzidi is an Igbo phrase for “there is a message”.

As Nigerians mark the 62nd Independence Anniversary of our nation and struggle to answer the questions, “Which way Nigeria?” and “Who Owns Papa’s Land?”, I cannot but remember and celebrate my friend and colleague, the great African Soldier- Music Maker, Sonny Okosun.