When Odo-Nla Went Back to Her Ijebu-Ode Roots 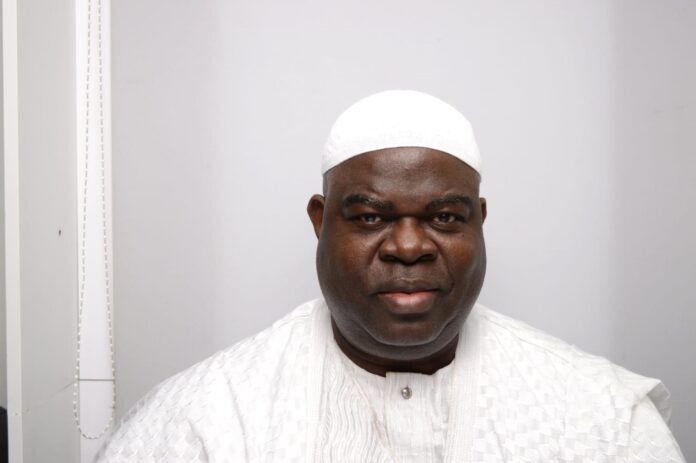 The recent return of indigenous people from Odo-Nla town, Ikorodu, Lagos, to their roots in Ijebu Ode, Ogun State, was a moment of reviving culture and tradition.

The traditional sojourn was anchored on the need to promote peace and unity among people of the land as well as Nigeria in general.

Led by Asiwaju Otunba David Afolabi Ekiyoyo, the Olootu Omoba Meta, the delegation from Ikorodu arrived Ijebu Ode around 12pm and went straight to the ancestral home of Odeyem Ofinran, the founder/progenitor of Odo Nla town where traditional rites were performed at  the Oju Ishagbola Ogoji shrine Fidipote Compound. “Idewon”.

Prayers for peaceful coexistence, prosperity as well as for a seamless exercise for the Oba-elect of Odo Nla, Prince Olusoga Elias Adeyemi Olowolekomoh, the Fuwagbade of Odo Nla, were offered traditionally.

It would be recalled that Olowolekomoh emerged the Oba elect of Odo-Nla kingdom last December among other five contestants to the ancient throne from the Ogbodo and Raselu ruling houses respectively contested for the royal crown.

It was a painstaking and thorough exercise that produced Olowolekomoh as revealed by Otunba Ekiyoyo in a signed statement.

“Sequel to the formal announcement from the office of The Olotu Omo’ba Meta Royal family, Odo-Nla via a press conference at the community Town Hall on Thursday, 4th January, 2022  it has become imperative for the office once again to issue another official statement in the public’s interest to dispel the ubiquitous rumors, lies and petty propaganda emanating from the quarters of disgruntled individuals and interlopers and none Omo’ba Meta Royal family members, coming up with so many different manipulated unrealistic stories that shall all be dealt with accordingly in the tribunal soonest.

“That,  Prince Olusoga Elias Adeyemi Olowolekomoh is the most suitable and perfect Oba-Elect according to the best Odu IFA imbued on him, it is emphatic revelations and interpretations of the diviners as also acknowledged by the select committee emissaries on the mission.

It is also without doubt that he posses sterling quality leadership skills sets of sound moral character and mind complimented by high level educational background in conjunction with his verified amiable charitable disposition and relations with different segments of the Odo-Nla Community at large.

With the above findings and recommendations, it is credible beyond any doubt whatsoever that Prince Olusoga Elias Adeyemi Olowolekomoh in all finality emerged as the consensus OBA-ELECT in a unanimous decision and agreement between the entire Omo’ba Meta ruling houses of Ogbodo, Raselu and Upenyenwa respectively prior to the official announcement and formal presentation to the Odeyemi Ofinran Royal Family at large including general members of the public in Odo-Nla.

And just recently, all the heads of the three ruling houses, Ogbodo, Raselu and Upenyenwa all signed a joint statement affirming the decision of the Omo Oba Meta led Obaship committee in the Palace of Ayangburen of Ikorodu, HRM Oba Kabiru Adewale

Shotobi was present with his cabinet and large number of Omo’ba Meta Royal family members at the special resolution gathering.

Furthermore, appreciation letter dispatched to the Ayangburen of Ikorodu dated August 15, 2022 attached, all parties resolved to continue with the “resuscitating process and procedure embarked on as the collective voice of the entire family of Odeyemi Ofiran Royal Family Members”.

However,  this superceded the intention and the game plan of the interlopers who are not eligible Royal family members and not entitled to aspire for the Royal stool.