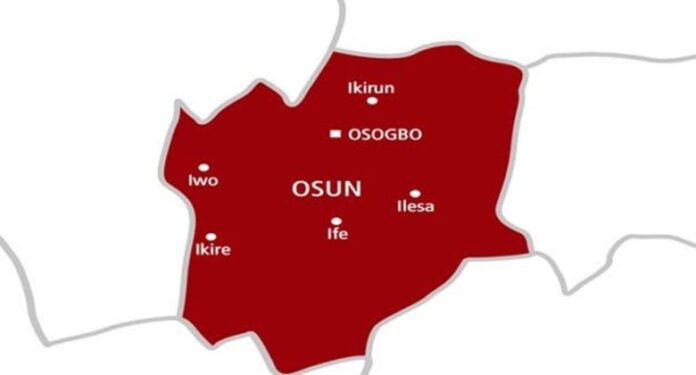 Some male students of two public schools in Osun State on Wednesday engaged themselves in a free-for-all over the control of a girlfriend.

Some of the male students from Osogbo Grammar School were said to have accused their counterparts at the Technical College, Osogbo, which is a stone throw to their school, of snatching a girlfriend of one of them.

It was gathered that the students of Technical College rebuffed the warnings. On Tuesday, the matter got worse as the male students clashed after closing hour.

No fewer than three secondary students were arrested on Tuesday by members of the Hunters Group of Nigeria for their involvement in the clash, while one was said to have been hospitalised at the Osun State University Teaching Hospital, Osogbo.

Two of the arrested students are from Osogbo Technical College, while one is from Osogbo Grammar School. They were said to have been arrested around Old Garage, Osogbo on Tuesday.

The heavily armed security operatives restored nolmacy to the area. The management of Osogbo Grammar School had asked the students to vacate the school premises when the renewed clash started around 12:40pm on Wednesday.

Some of the students who spoke with our correspodent explained that the Technical College only had about 10 female students.

When approached, the Principal of Technical College refused further comments after telling our correspondent that normalcy had returned to the school.

Meanwhile, Special Adviser to the Governor on Education, Jamiu Olawumi, confirmed the arrest of the students.

He said, “Any student that behaves in a manner inimical to the peace of the society, school or his fellow students would face the law of the state. So, people who were using dangerous weapons on themselves, three of them have been arrested and will be charged to court.

“They have been arrested by the Police. The CP is on top of the situation and I am assuring you, they will face the consequences,” he stated.

Police Public Relations Officer in the state, Mrs Yemisi Opalola, said she was making effort to confirm what really transpired.