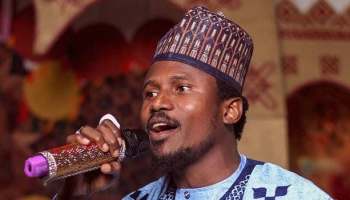 Dandago, a resident of Gaida quarters, Kano, whose age was not provided by the court, is facing a count charge of releasing uncensored song.

Delivering his ruling, Senior Magistrate Aminu Gabari, granted the defendant bail in the sum of N500,000, with two reliable sureties.

He said one of the sureties must be a Principal Hisbah Commandant in Gwale Local Government Area of the state and the second a ward head or father of the defendant.

Gabari, thereafter, adjourned the matter till April 13, for further mention.

Earlier, the Prosecutor, Mr Aminu Kawu, had told the court that a direct criminal complaint was received against the defendant by Kano State Films and Video Censorship Board on March 22.

He said that on the same date, the defendant released an uncensored song, titled: “Hassada Ga Mallamai” (inciting songs against scholars in the state).

The defendant, however, pleaded not guilty to the charge.

According to the prosecutor, the offence contravenes Section 112 of Cinematography Licence Regulation of Kano State Censorship Board, 2011.

Counsel to the defendant, Mr Rabiu Abdullahi, made the bail application, pursuant to Sections 35 and 36 of the 1999 Constitution (as amended) and Sections 168,172, and 175 of Administration of Criminal Justice Law, 2019.

He assured the court that if granted bail, his client would not tamper with the investigation.