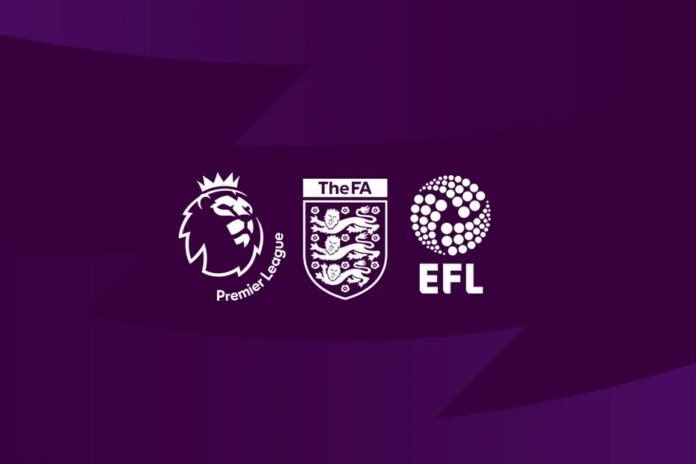 It has been confirmed that the Premier League are under ‘no obligation’ to cancel or postpone this weekend’s round of fixtures following the sad death of Queen Elizabeth II by the UK Government.

The Royal Family confirmed the sad news that the 96-years-old sovereign had passed away on Thursday afternoon with a short statement. It read: “The Queen died peacefully at Balmoral this afternoon [Thursday]. The King and The Queen Consort will remain at Balmoral this evening and will return to London tomorrow.”

The nation is now set to enter a period of national mourning and with it, this weekend’s full schedule of Premier League fixtures – as well as any other sporting events – were expected to be cancelled.

However, following official guidance issued by the UK Government relating to the period of National Mourning, there is no obligation for sporting bodies to cancel fixtures in the immediate future – albeit matches are encouraged to be rearranged should they fall on the day of The Queen’s funeral.

The official guidance read: “There is no obligation to cancel or postpone events and sporting fixtures, or close entertainment venues during the National Mourning period. This is at the discretion of individual organisations.

“As a mark of respect, organisations might wish to consider cancelling or postponing events or closing venues on the day of the State Funeral. They are under no obligation to do so and this is entirely at the discretion of individual organisations.

“If sporting fixtures or events are planned for the day of the State Funeral, organisations may want to adjust the event timings so they do not clash with the timings of the funeral service and associated processions.

“As a mark of respect, and in keeping with the tone of National Mourning, organisers may wish to hold a period of silence and/or play the National Anthem at the start of events or sporting fixtures, and players may wish to wear black armbands.”

The Premier League are set to hold a meeting on Friday morning regarding the upcoming fixtures, with the Department of Media, Culture and Sport set to offer further advice and guidance. A decision is expected to arrive imminently.

Manchester United have of course already been in action in the immediate aftermath of Queen Elizabeth II’s death. The Red Devils took on Spanish side Real Sociedad in the Europa League on Thursday, with UEFA making the decision that it was too late to rearrange the clash at Old Trafford.

A moment’s silence was of course held before the game as both club’s paid their respects to The Queen and her family.