Tinubu mistakenly refers Dolapo Osinbajo as ‘Wife Of The President’ 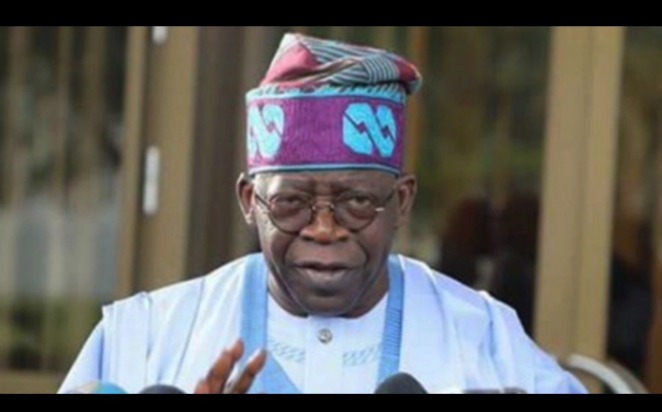 All Progressive Party (APC) National leader, Ahmed Bola Tinubu has once again suffered a tongue slip as he mistakenly reffered the Wife of the Vice President,Dolapo Osinbajo as ‘wife of the president’

Bola Tinubu, a rumoured presidential hopeful mistake is coming barely few days ago during his birthday ceremony and colloquium where he called on President Buhari to recruit 50 million youths into the Nigerian Army to fight insurgence.

The former Lagos state governor in Abuja at the launch of Aisha Buhari’s biography titled, ‘Aisha Buhari: Being different’ where he was the Chairman erroneously described Dolapo Osinbajo, wife of vice-president Yemi Osinbajo, as the “wife of the president”

Realising the gaffe, Tinubu paused for a couple of seconds before resuming his remarks.

Tinubu had on March 29, said 50 million youths should be drafted into the army to avert a situation where they will be lured by bandits.

He made the comment while speaking at the colloquium to mark his 69th birthday in Kano.

Tinubu, however in a statement acknowleded his error, noting that he meant 50,000 — and not 50 million youths.