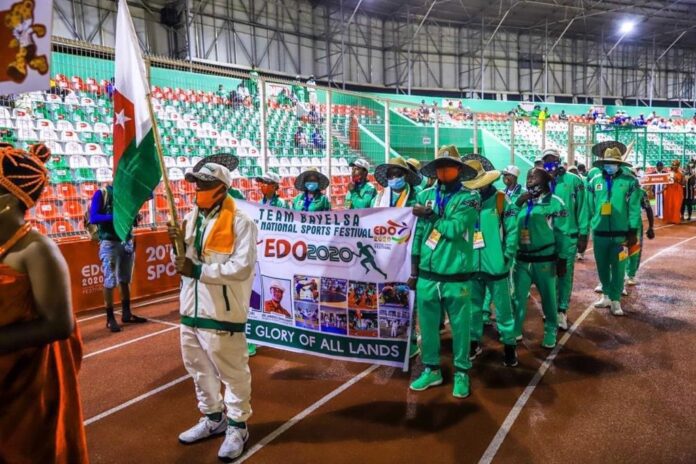 The Edo State government has shut down the Main Organising Committee (MOC) office of the National Sports Festival at the Samuel Ogbemudia Stadium, Benin City.

The government said it took the decision as a result of the failure of the Federal Government to release funds for the event.

On Wednesday, the Edo State government had threatened to shut down the Festival over the failure of the Federal Government to release funds.

But the Federal Ministry of Sports and the MOC of the festival had said they were unaware of any plans or threat by the Edo State Government to shut down the event.

In a statement, Ramon Balogun, spokesman of the ministry, had said: “The Honorable Minister, Permanent Secretary and Directors are on ground in Benin City where the Festival is holding, and it is expected that the Edo State Government would formally invite the Ministry for a meeting should any urgency exist around the National Sports Festival or communicate officially with the Main Organizing Committee (MOC) for the festival. The Ministry has no such communication.

“For the records, the Edo State government due to the cost implications of postponements occasioned by the COVID-19 pandemic requested financial assistance from the Federal government through the Ministry of Youth and Sports Development. The Ministry has since been at work to secure the financial assistance which it believes is being processed. The MYSD and EDSG are determined to deliver a successful National Sports Festival.”

But at a press conference on Thursday morning, the Deputy Governor and Chairman, LOC of the Festival, Philip Shaibu, accused the Federal Government of betrayal of trust.

He said the MOC, which has the officials from the Federal Ministry of Youths and Sports Development as members, will not be allowed to perform their duties any longer.

“We may be shutting down the National Sports Festival; not because Edo State is not ready; the facilities are here. You can see we have the state-of-the-art facilities.

“We had no cause to doubt the Federal Government’s plan to fund the 20th National Sports Festival after so many postponements caused by the COVID-19 pandemic and at the instance of the government.

“It took the grace of God for the traders not to shut down. Other vendors are threatening to shut down and hence the LOC will have no choice but to shut down the 20th National Sports Festival if we don’t get full commitment from the federal government by noon tomorrow.

“This is not a threat as we are ready to collaborate with the federal government in all its policies but it is just that our vendors are threatening to shut down and the state has no resources to commit to the extent we have already committed,” he concluded.

When Daily Trust visited the office of the MOC some minutes past 12, the place was locked and there was no official to comment.