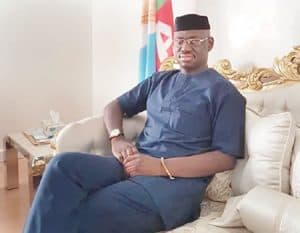 Political activist, Timi Frank has condemned the Minister of Justice and Attorney-General of the Federation, Abubakar Malami, for claiming the presidential candidate of the Peoples Democratic Party in the 2019 general elections, Atiku Abubakar is not a Nigerian.

Malami had approached a federal high court in Abuja claiming that the former Vice President is not a Nigerian, hence he is not eligible for any political office in the country.

The former deputy spokesman of the All Progressives Congress called on Malami to focus on issues related to his appointment rather than taking Atiku to court over baseless claims.

“Atiku Abubakar is a true Nigerian who has sacrificed a lot to stabilise Nigeria’s democracy and economy.”

“It is both disgraceful and unpatriotic for the likes of Malami to be making such unguarded and divisive comments at this time of our country’s existence.”

“It is this kind of divisive comments that fuel various secessionist agitations in this country today.”

“Otherwise, how can Malami say Atiku is not a true Nigerian?”

“A man who contested the governorship of Adamawa State and won and later became the Vice President of Nigeria for eight years has suddenly become a foreigner in Nigeria?”

“How can a man who served this country as a Customs officer and has many establishments that contribute immensely to the development of this country suddenly not become a true Nigerian?

“Is this how everything has become a joke to Malami and other comedians running the present administration?”

“This politics of holding to straws in a failed attempt to dent the image of patriotic and respected Nigerian like Atiku is reprehensible.”