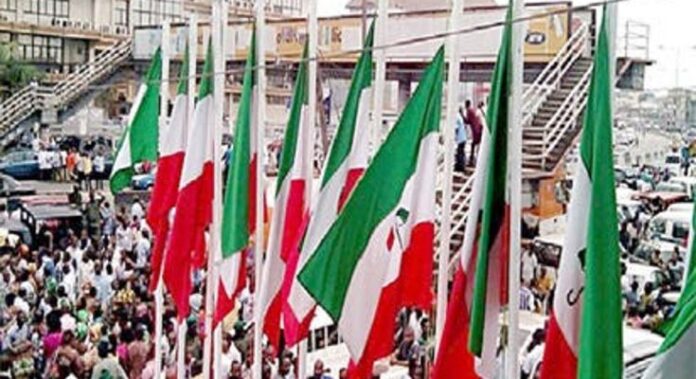 A total number of 14 aspirants, including three women, have signified interest by obtaining nomination and expression of interest forms to contest for the ticket of the Peoples Democratic Party ahead of the Anambra governorship election scheduled for November.

The three women are Uche Ekwunife, who is currently representing Anambra Central in the Senate; Chidi Onyemelukwe, a daughter of former Vice-President Alex Ekwueme; and Mrs Genevieve Ekwochi.

The list of aspirants was read out at the party’s national secretariat in Abuja on Wednesday, when Azubogu, who is a member of the House of Representatives, submitted his forms.

Azubogu promised to salvage Anambra ‘’from its current state of social and economic crisis.

He also pledged to bring to bear his experience at the National Assembly.

“I will ensure service delivery and I will work for the people,” he added.

The party’s National Organising Secretary, Austin Akobundu, promised the aspirants that the PDP would ensure a level playing ground for all of them during the primary election slated for June 26.

He said, “The PDP will be transparent and fair in the process that will deliver the party’s candidate.

“We are going to have one of the best primaries in the country.”

Akobundu later issued a statement indicating that the sale of forms had been extended till April 10.

He added that the date for the submission of the forms had also been extended to April 10.

Ezeemo said his programmes are robust and achievable, pledging to make Anambra a model state.

He said, “There is no infrastructure in place and the people have been suffering.

“I am wearing the shoes I and know where it pinches. Other aspirants are all living abroad or in Abuja.

“I left England where I have lived for 20 years and came back to fix my state; to add value to the state.