The Education Minister claims the FG can only afford a 23.5 percent pay raise for university employees. 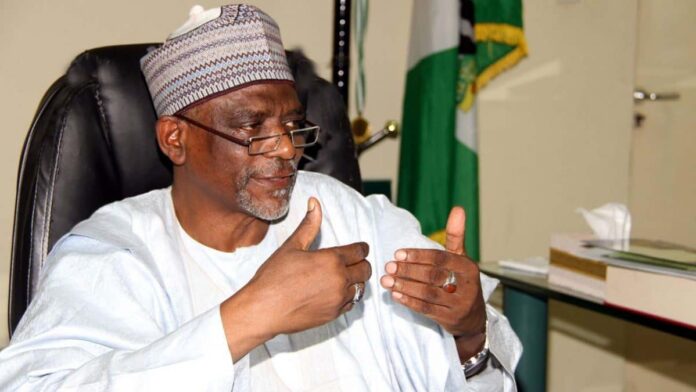 The Federal Government can only afford a 23.5 percent salary increase for university workers, while professors will have a 35 percent raise, according to the Minister of Education, Mallam Adamu Adamu.

At a meeting with Pro-Chancellors, Vice Chancellors and other stakeholders in the university system on Tuesday, the Minister said that President Muhammadu Buhari warned against signing agreements which the government would not be able to fulfill.

The Academic Staff Union of Universities (ASUU) has been in a deadlock with the Federal Government for over 200 days specifically demanding the implementation of the Memorandum of Action on funding for revitalization of public universities, which was signed in December 2020.

Other demands are Earned Academic Allowances, renegotiation of the 2009 agreement and the deployment of the University Transparency and Accountability Solution (UTAS) for staff payment, among others

Adamu said on Tuesday: “The Federal Government can only afford a 23.5 percent salary increase for all category of the workforce in federal universities, except for the professorial cadre which will enjoy a 35 percent upward review.

“Henceforth, allowances that pertain to ad-hoc duties of the academic and non-academic staff shall be paid as at when due by the Governing Councils of universities to which such services are rendered and to the staff who perform
them.

Adamu urged Vice Chancellors and Pro-Chancellors of federal universities to find a solution to the strike, as the crisis has been a source of “anguish and internal turmoil” for him.

He said he hoped the parties could reach an amicable resolution of all the issues, adding that the past few weeks had “been a very dark period in the education sector”.

“I used to think in a climate of frankness, and with mutual goodwill, an end or solution would have been found to incessant strikes in the education sector.

“This has not been possible or, at least, not as easy and straightforward, as I used to think,” he lamented.

The Minister also addressed a statement credited to ASUU President, Prof. Emmanuel Osodeke that the union would no longer negotiate with the current administration on the ongoing strike.

Adamu said such a position must be resisted to salvage the country’s educational system.

“Government and ASUU have no option than to continue talking, until our universities are reopened to students who, clearly, are the principal victims of the seemingly unending strike.

“In these circumstances, therefore, all councils and senates of our universities are enjoined to rise up to their responsibilities.

“We must, together, continue to work to restore our public universities to where they are in the 60s and 70s.

“As the most important officers in our university system, Pro Chancellors and Vice-Chancellors, must demonstrate more commitment to ending the ongoing strike”, he further said.

Adamu called on his audience to make it a duty to promote policies and actions that would discourage industrial disputes on campuses.

At the end of the meeting, the Pro-Chancellor of the National Open University of Nigeria, Professor Peter Okebukola noted that the government was ready to go all out to ensure that the university lecturers return back to school.