Manager that Chelsea might consider signing after tuchel departure 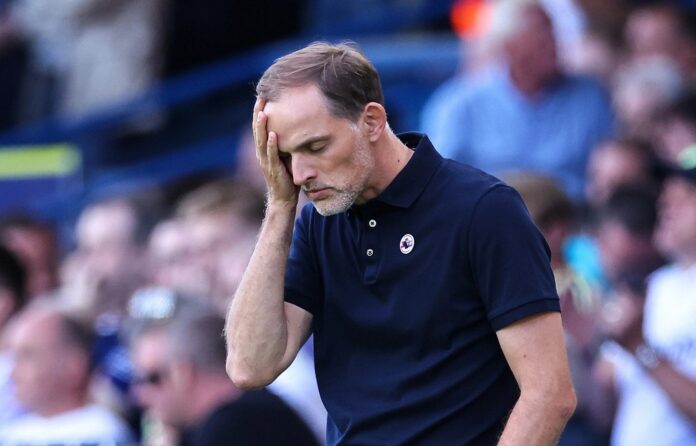 The German had just overseen a world record £273m spend in the summer transfer window, but Todd Boehly and the Chelsea board have opted to axe Tuchel after an indifferent start to the season – one that has seen the club struggle to forge any kind of identity on the pitch and one that has looked toothless in front of goal.

The search will now begin for Tuchel’s replacement, but who will be in the frame to replace him?

Zinedine Zidane’s name is in the mix for every big job going and Chelsea’s vacancy is bound to see the Frenchman linked with a Premier League move.

Two hugely successful spells at Real Madrid make Zidane an enticing prospect for Todd Boehly and the Blues board, but it remains to be seen whether he can be talked out of waiting for the France job – which may become available after this winter’s World Cup.

A proven winner in the big leagues, Zidane’s pedigree could be just what Chelsea need.

It would seem unlikely that Mauricio Pochettino would break his bond with the club’s supporters but could he really turn down the advances of Chelsea if they came calling? He has an abundance of Premier League experience, with Southampton as well as Spurs, and has a proven track record of getting the best out of players.

Failing to win the Champions League with PSG has tarnished Pochettino’s reputation a little, but he remains one of the best coaches in the world.

Leicester City are in the doldrums right now, sitting plum bottom of the Premier League table, but Brendan Rodgers still has a decent reputation in the game.

The Northern Irishman also cut his teeth at Chelsea, honing his skills as a coach at youth level, and the opportunity to return to Stamford Bridge could bring to an end what’s becoming a bit of a nightmare spell at King Power.

Rodgers would also reunite with Wesley Fofana, having plucked him out of relative obscurity to help coach him into being one of Europe’s top defenders.

One manager who has been out of the club scene for a little while is Roberto Mancini, but the Italy boss could be swayed by the prospect of taking over at Stamford Bridge.

He’s won the European Championship with his country but wasn’t able to qualify for this winter’s World Cup in Qatar, meaning there’s very little for him to achieve on the international stage – unless he wants to have another crack at the Euros.

A Premier League winner with Manchester City, Mancini knows how to get it done in England and is used to the pressure of managing a top club.

Brighton are continuing to go from strength to strength under Graham Potter and it’s no surprise to see him touted as one of the favourites to take over.

The Seagulls will do their utmost to keep hold of Potter, should an approach be made, and there’s no guarantee that the 47-year-old would walk away from a hugely appealing project down on the south coast.

But his stock has risen exponentially over the last 12 months, and he’s widely regarded as one of the most progressive coaches in the game.