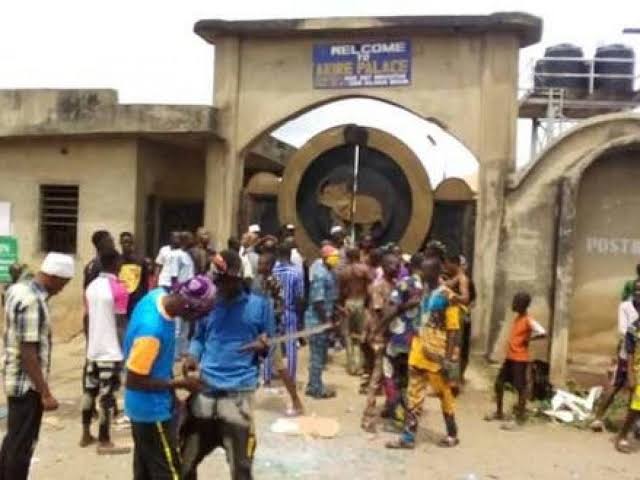 The palace of a traditional ruler in Osun State, Alawo of Awo, Oba Abdulrazaq Taiwo Adegboyega was last week Friday invaded by some suspected thugs who attempted to kill him.

Meanwhile, three of the hoodlums who were arrested in connection with the alleged invasion and attempted dethronement, on Wednesday, were arraigned at a Magistrate’s Court sitting in Osogbo.

The police accused the trio of for invading the palace of Oba Adegboyega and threatened to kill him.

They were dragged to court on six count-charge bordering on conspiracy to commit felony, unlawful invasion, and breach of peace.

Police prosecutor, Idoko John, an Assistant Superintendent of Police, told the court that the defendants invaded the palace of Alawo of Awo in Awo town on August 26, 2022 with dangerous weapons such as machetes, axes, charms while chanting war songs.

The trio were said to have conspired with others at large forcefully dethrone the monarch.

Idoko argued that the defendants caused panic and fear to persons of Awo town and also threatened to kill the king should he fail to vacate the throne.

However, the defendants pleaded not guilty to the offences as their counsel, Kehinde Adesiyan, urged the court to admit them to bail in most liberal terms and argued that the constitution presumes them innocent of the allegations until proven contrary.

But the police prosecutor objected their bail application on the ground that they would commit similar offences or abuse bail if granted.

The presiding Magistrate Adeyemoye Adeyeba having listen to both parties, granted the defendants bail in the sum of two million naira with two sureties in like sum.

He adjourned the matter till October 12 for hearing.