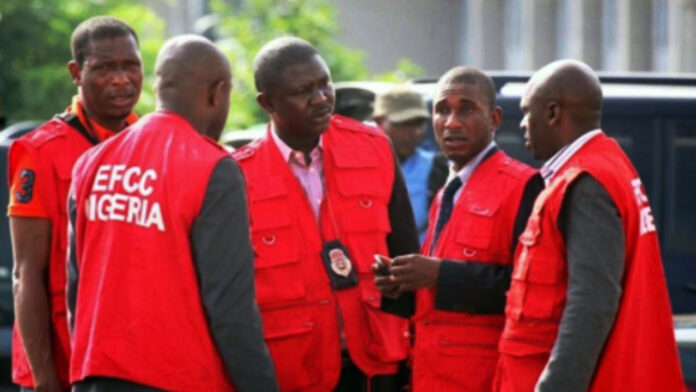 The Economic and Financial Crimes Commission has flown the arrested Speaker of the Ogun State House of Assembly, Rt. Hon. Olakunle Oluomo, to the Federal Capital Territory, Abuja, for questioning, According to reports.

As reliably gathered, the embattled lawmaker is currently onboard an Abuja-bound aircraft over alleged misappropriation and embezzlement of funds

An impeccable source within the anti-graft agency confirmed the development reported, that the EFCC arrested the Ogun speaker at the Murtala Muhammed International Airport, Lagos, in the early hours of Thursday at about 09:00 am.

The source added that Oluomo had earlier failed to honour official invites by the anti-graft commission.

The EFCC National and South-West spokespersons, Mr Wilson Uwujaren and Mr Dele Oyewale, did not take take a brief on this matter according to source.

A member of the Ogun State House of Assembly representing the ruling All Progressives Congress, who spoke to the correspondent (source) on the condition of anonymity, however, confirmed the situation.

He said, “The information you got is correct. Our speaker was arrested by operatives of the EFCC earlier this morning. From what I gathered, he was alleged to have been involved in misappropriation and embezzlement of funds.