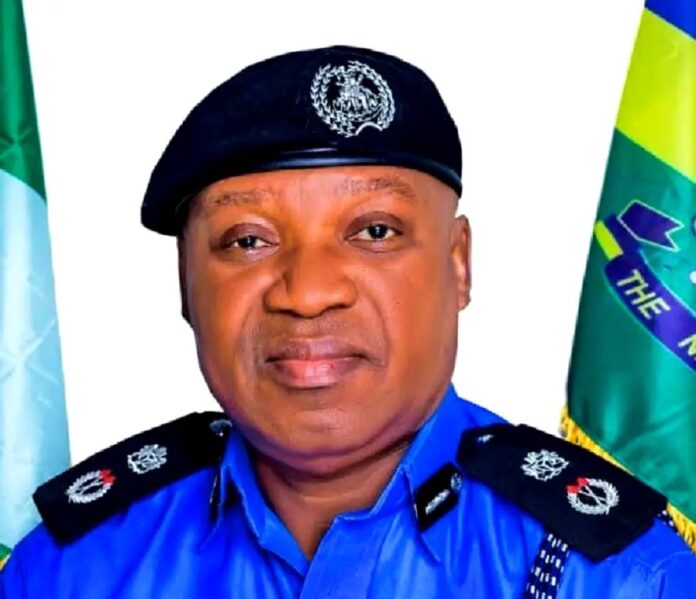 Motorist shouts, calls passers-by after policemen without name and number tags stopped him in Lagos

The fear of the unknown must have made a motorist to raise the alarm and call passers-by when he was stopped at a highway in Lagos State by some policemen who did not have their names and number tags on their uniforms in early morning when he was taking his children to school.

There have been various reports about some armed robbers who used to attack motorists while disguising as policemen and mounting checkpoints the same way the policemen do and many people have fallen victims to the antics of these criminals.

The police authorities have also warned its personnel who are on the road on stop and search duties not only to stop wearing mufti, but also to always display their names and number tags on their uniforms anytime they are on the road or at checkpoints.

However, a man on Twitter disclosed that while he was taking his children to school in the early hours of Tuesday, he was stopped by some policemen who did not have their names and number tags on their uniforms and they demanded for his driver’s licence.

The man, whose name is simply Ayodele, with the Twitter handle @Ayodele1son, wrote a series of tweets to the Force Public Relations Officer, Muyiwa Adejobi, on Wednesday where he detailed how the policemen stopped him beside Maryland Mall while he was taking his children to school in the morning.

He added that the policemen did not have name and number tags on their uniforms and this made him uncomfortable, and after he was delayed, he had to raise the alarm and call passers-by who came to the scene and after some time, the policemen asked him to go.

According to his tweets: “I was stopped while driving my children to school by a team of policemen yesterday beside Maryland Mall in Lagos, they asked for my licence. I brought out my phone then showed them the scanned copy of the renewal processing document given by the FRSC.

“One of the police officers insisted on the plastic licence that he does not recognize any paper licence or scanned document. I explained to him that I had to put the document on my phone so as not to fall short of the law at no time as the paper is bulky and could easily be forgotten.

“The policeman refused to let me go, he delayed me. I tried to call the Force PRO but I couldn’t reach him. I moved closer to the police to let them know I had to be in my children school before 7:00 a.m. and they were delaying me.

“I noticed they all took out their number tags, these police had guns but no number on their uniforms which made me raise my voice for passers-by to intervene as it was obvious they were outside to extort. People stopped and told them to let me go as I did nothing against the law. They eventually told me to go.

“Mr Muyiwa Adejobi, almost all these police teams doing stop and search don’t wear their tags. I passed through several checkpoints later yesterday and I noticed they are all taking off their name number tags which you said is their identity which they should always have on them sir.”