Sowore gets donations for campaign 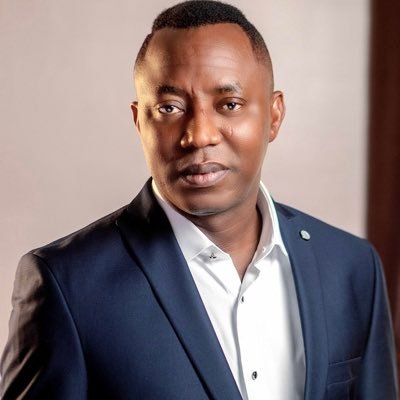 African Action Congress presidential candidate, Omoyele Sowore ahead of the 2023 general election receives donation both home and abroad by some Nigerians to support his campaign.

The donors announced this during the Sowore Campaign Global Mega Fundraising which held virtually on Sunday.

A United Kingdom-based Nigerian man, identified as Folyjesus was the first donor with 100 pounds, and then N200,000 was donated by another man identified as Papzo.

Durotimi Timis donated N25,000, Detoun gave N5,000 and Favour donated 50 Euros. Adeola and Solomon did not disclose the amounts of money of their donations.

Speaking to our correspondent on Monday on the donations, Sowore expressed gratitude to the supporters. He said, “I am so happy that while I was on the presidential townhall series on ARISETV, our compatriots were multitasking by watching and raising funds at the same time.

“Our goal is to put liberty on the ballot and we are determined to let the people own the race. I thank everyone who dropped their support for the genuine people-driven campaign leading to 2023.”

The latest donations came a few days after a young woman, Loretta Oladayo, started a N1m donation challenge to support the Sowore’s campaign.

Oladayo had taken to her Twitter handle to announce the challenge while showing the receipt of her N1m donation in a follow-up tweet.

She tweeted, “I’m donating N1m into Sowore’s presidential campaign; anyone wants to march this amount with me?”

“With Omoyele Sowore as President (in) 2023, there will be no motherless home.

“Patriotism for me is love for my country; (I) desperately want Nigeria to be a better place.”

“Initially catching cruise turns action by donating N1m to Omoyele Sowore presidential campaign. Screenshot below. I’m still looking for 10 comrades to match this amount with me. We must salvage this country from the rotten system because #WeCantContinueLikeThis.”

“I’m investing in my future with Omoyele Sowore,” she added.