Sowore: Buhari won’t attend my swearing-in when I win in 2023 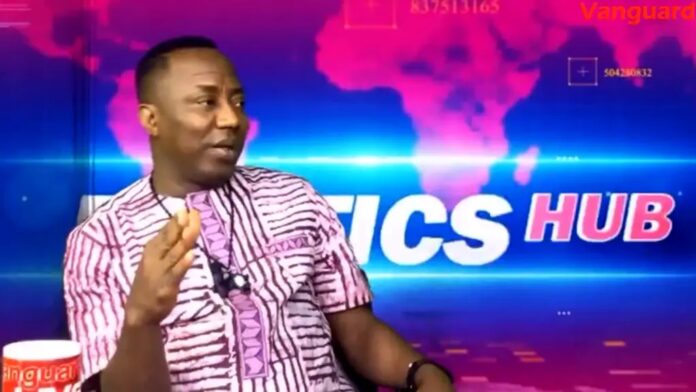 Sowore stated this on Friday while speaking in an interview with Politics Hub, a Vanguard Online TV’s political show on Friday.

The AAC presidential candidate, in the course of the interview, told the anchor of the TV show, Damilola Ogunsakin that he is planning to become the president of Nigeria and not to take over from Buhari.

He said, “When I win the election Buhari will not come to the swearing-in. I think some of them would have left before the day of swearing-in and I’m serious about it. I just want you (Buhari) to know that you have a constitutional duty to hand over power.”

Meanwhile, Sowore dismissed claims that he supported Buhari prior to his election as president of Nigeria in 2015.

“What I have always done in my entire life is to be opposed to terrible gov, it didn’t matter who was in charge, even if it was my Dad I would have oopposed him if he is acting like Jonathan.

“But this is how to solve the puzzle, If I asked you to provide just one evidence that I supported Buhari you will say you want to go an check and you are suppose to know it because I never did.

“There was no time in life that I campaign for Buhari, wrote an article or appear to anybody individully and say vote for Buhari. I didn’t vote for Buhari because I didn’t register to vote until 2018. The first time I voted in my life in this country and probably in the world was in 2019 election,” he said.