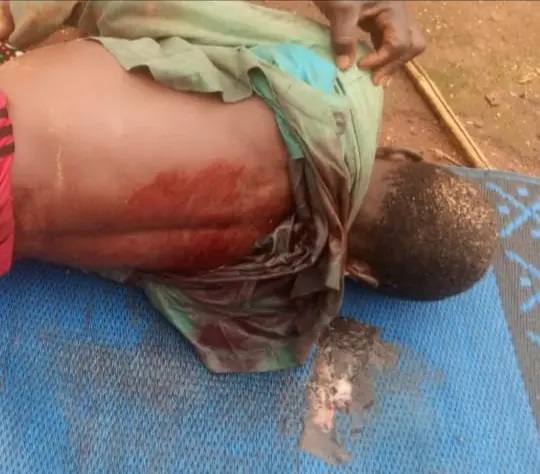 Abubakar Abubakar, a hunter’s son in Dutse Gogo town in Kaiama, the center of the Kaiama local government in Kwara State, on Sunday killed his younger brother Yusuf Abubakar while testing the effectiveness of a bullet protective charm their father had just acquired.

The hunter, Abubakar Abubakar, who is based in Dutse Gogo town and the father of the two sons had just procured a gunshot protective charm and wanted to confirm its efficacy by using his sons before he started using the charm.

Sources said that in the process of testing the potency of charm, the younger child, Yusuf, was fortified with the protective charm while the eldest was equipped with a loaded dane gun of his father and started to shoot.

In the process, PUNCH Metro gathered that the charm failed and the 12-year-old Yusuf fell and died on the spot.

It was further gathered that on realising that the charm had failed and that his younger brother was dead, Abubakar who is the senior brother escaped and ran into the bush.

Police Public Relations Officer in Kwara Command, SP Ajayi Okasanmi, who confirmed the incident said that the Police have commenced an investigation and have set a manhunt for the elder brother who shot the gun.

Okasanmi in a statement issued on Monday said, “At about 10:00 pm, of October 2, 2022, a report was received at Kaiama police station about the killing of one Yusuf Abubakar ‘M’ aged 12 yrs, by his elder brother named Abubakar Abubakar both sons of one Abubakar Abubakar, a hunter in Dutse Gogo town via Kaiama, during the process of testing the efficacy of newly procured gunshot protective charm.

“This incident happened after fortifying themselves with the protective charm, the elder son brought his father’s dane gun and shot his younger sibling, the charm failed and the 12-year-old Yusuf Abubakar died on the spot.

“The culprit escaped into the bush immediately after the act was committed.

Investigation into the matter has commenced as directed by the Commissioner of Police Kwara State, CP Paul Odama psc (+).”