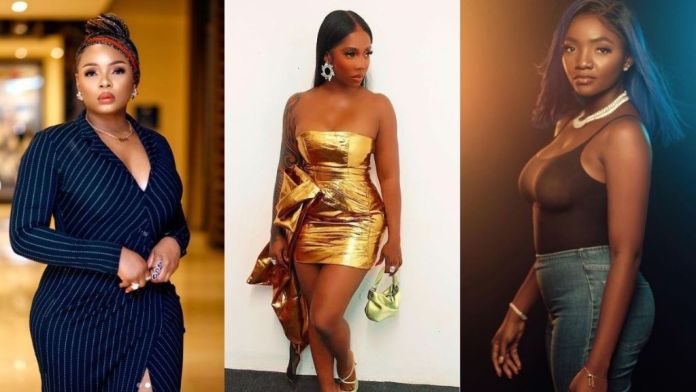 Popular Nigerian singer, Yemi Alade has triggered reactions from internet users after she replies to a man who advised her to collaborate with her colleagues, Tiwa Savage, Simi, and others.

However, a Twitter user identified as @DanielRegha advised singer Yemi Alade to try and make collaborations with female artistes like Tiwa Savage, Simi and others as he believes that this will go along way in boosting her music career.

Reacting, Yemi Alade refused to give a positive response as she stated that he should not stress her with his advises in the new year 2022.

@DanielRegha tweeted; “Yemi Alade u should try collaborating with other female artistes this year, especially with Tiwa Savage; The music industry is male dominated & barely gives room for females to thrive which is more reason why u ladies should stick together as one, it will boost ur music careers.”

@IamOhmai: He’s spitting facts though. Rihanna, Beyonce, Nicki, Cardi B, Ciara….these are the big names in Europe and they all still feature each other. I don’t know why we don’t have more of that here in Nigeria.

bucandy91: What he said is true though ✅

mannequin_lordess: But he didn’t say anything bad.