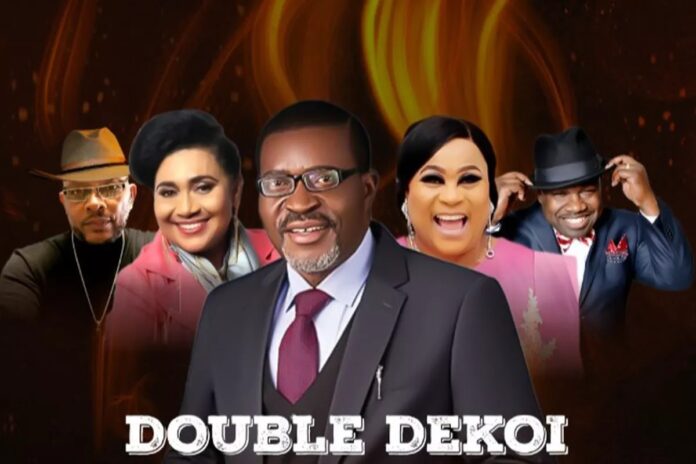 The flick entitled ‘Double Dekoi’, is being produced and directed by Nnamdi E Odunze for Starcity pictures/ studios and is said to be gulping over a million USD.

On their return, Odunze continues the drilling at various locations in Lagos, Nigeria .

‘Double Dekoi’ is a well written story of intrigues well concocted with action and suspense yet with priceless lessons to teach.

In a chat with Odunze, he disclosed that ‘Double Dekoi‘ would simply change the face of Nollywood for good emphasising that KOK, Shola Shobowale, Hilda Dokubo, Tony Akposheri, Sunny McDon W, Ayo Emmanuel were all veterans and directing them is a big delight and film goers should expect the best of filming with the best crew.

“This is one of my biggest productions because we connected with the best actors from all walks of Nollywood without considering tribes and we are giving it out best shot leaving no stones unchecked”.

‘Double Dekoi’ is being prepared for a loud premier both in Nigerian cinemas and the US box office.

Nnamdi E Odunze started his entertainment career spanning film, musical and events production at The Nigerian Television Authority (NTA) where he was trained as a core Script Supervisor by notable seniors on the job.

He is credited for creating the first reality TV show in Nigeria after the Big Brother Africa in 2004: “Next Nollywood Star” a TV Talent Hunts Show and has since becoming a member of the prestigious Directors Guild of Nigeria DGN directed over a dozen movies/TV programmes.