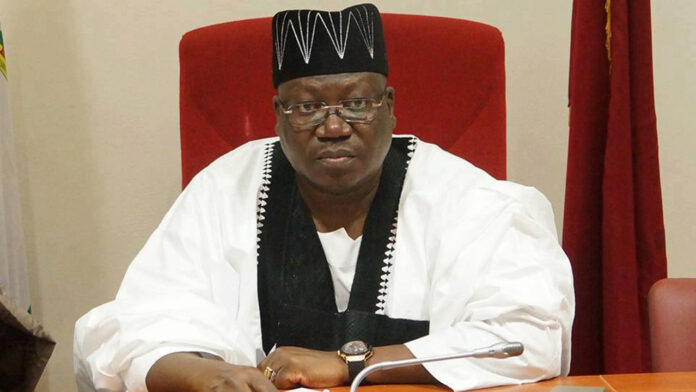 The President of the Senate, Ahmad Lawan, has sent his condolences to the family of former Deputy Senate President, Ibrahim Mantu, who passed on in the early hours of Tuesday.
Lawan also  commiserated with the friends and political associates of the former Senator, as well as the government and entire people of Plateau State over the huge loss.
“Mantu had a brilliant political career which he capped with the quality representation he provided the people of Plateau Central District as their two-term Senator between 1999 and 2007.
“As Deputy Senate President, Mantu played the role with great energy and finesse, which earned him the respect and admiration of his colleague Distinguished Senators.
“The former Deputy Senate President lived a life of service to his people and to the entire nation. He left his imprints at the Senate, having served creditably well in his days at the Upper Chamber.”
The Senate President prayed for Allah to rest Mantu’s soul in eternal bliss and to comfort the many people who are saddened by his death.