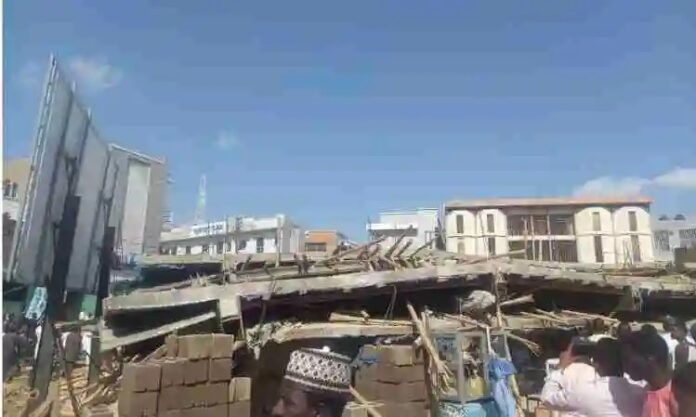 An unidentified number of persons have been trapped in an uncompleted building which collapsed in one of the phone markets in Kano State on Tuesday.

According to correspondence, the building is located on Beirut road, a very busy area in Kano. Many people are feared trapped in the rubble as of the time of filing this report.

A witness claimed that due to a lack of equipment, several of the people who were inside the building when it collapsed could not be saved.

When he was called on the phone, one of the trapped victims’ voice could be heard.

“We just called his number and he is picking calls. Only that there is no way for him to escape,” one of the witnesses said.

This incident comes less than a week after a building under construction in Abuja collapsed, leaving two persons dead.