Sanwo-Olu has achieved nothing, his performance woeful – Jimi Agbaje 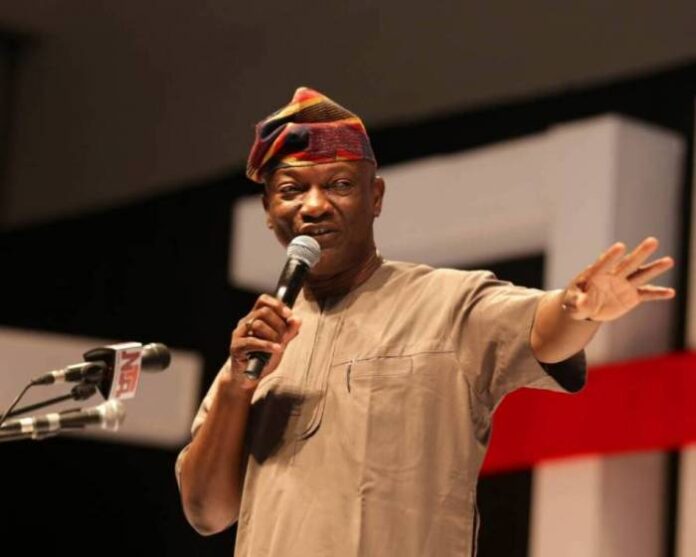 Former governorship candidate of the Peoples Democratic Party (PDP) in Lagos, Jimi Agbaje, says the state has not recorded any progress under the current administration.

The PDP stalwart said the performance of Governor Babajide Sanwo-Olu is nothing to write home about as he’s done little to address the challenges that plague the state.

Agbaje gave his assessment of Sanwo-Olu’s government during an interview with Peoples Gazatte.

Governor Sanwo-Olu had at press conference held at the State House, Marina on Monday, reeled out his account of stewardship stating that his administration hasn’t disappointed Lagosians in delivering on its promises.

The governor said his administration, since 2019, has lived to expectation in various sectors such as transportation, infrastructural development, education, health, revenue generation, and security.

Agbaje, who rated Mr Sanwo-Olu’s three over ten, said: “What they wrote, they did not substantiate it. They were things done in their imagination.”

Regarding the fight against COVID-19 in the state, Agbaje believes the state government has not done enough to fight the scourge.

He queried: “You are not testing, you are not giving vaccination to people. Those that have collected the first round of the vaccination, they are yet to get the second round of it, and how many people have been vaccinated in Lagos?”

Concerning the rising rate of theft, robbery and other crimes in most parts of the state, he asserted that, “even in security, we cannot drive during the day without being harassed in traffic by hoodlums.

“They are operating morning, day and night. You introduced curfew from 12:00 a.m. to 4:00 a.m., what about during the day time? phones are being snatched, so what are they doing about all these?”

The PDP chieftain expressed disappointment at the ruling All Progressives Congress (APC) for wasting its 21 years in power in the state.

“Asides the yet unsolved traffic gridlock usually experienced in many parts of the state over the years, Agbaje was also worried about the state of the education sector in Lagos saying, “most of our classrooms have no benches and chairs.

“They mentioned that they are building schools somewhere, what are they building? Some of the things they have said that they are doing, they are in their dreams.”

Agbaje implored the governor to attend to abandoned infrastructure in the state like the Badagry express road while giving the government knocks for investing ” the last 24 years on Ikorodu road.”

He accused the government of lacking transparency due to their refusal to make budget spending public.

“When did they balance their last budget? They only read the budget to us, they don’t tell us how they spend what they spent. This government is not transparent about anything,” he noted.