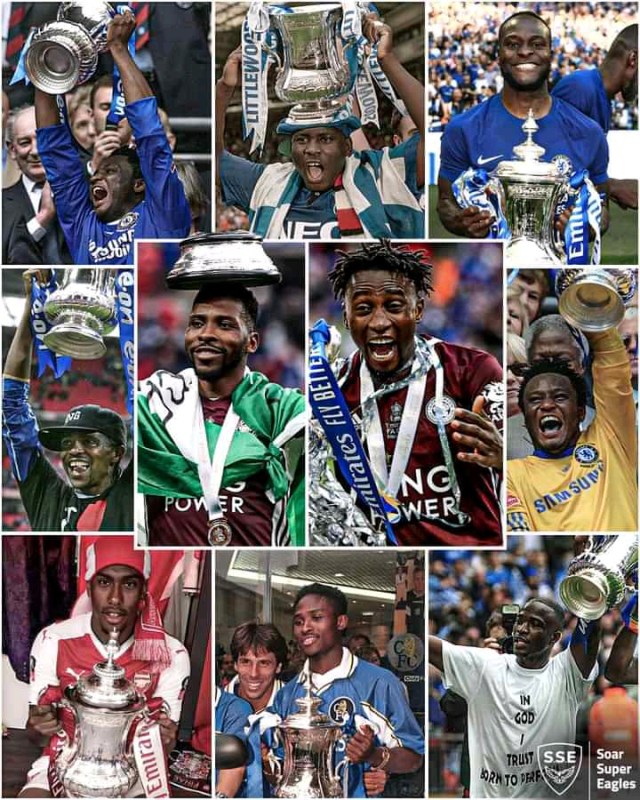 Reacting to the feat by the players, Ikpea said they were good ambassadors of the country, having etched their names in gold in the competition’s annals.

“Having to be in the team that earned Leicester City FC its first FA glory is equally a great honour for Nigerian football fans who have followed your exploits in the club.

“We in the Nigeria Football Supporters Club are happy with your achievements.

“We wish you more laurels in your careers.

“I assure you that Nigeria and the number one football supporters club will always support you to the peak of your endeavours as footballers.

“We have noted that you have joined your compatriots that have won the title in the past, including Nwankwo Kanu and others,’’ Ikpea said.

“These Nigerian internationals are really gifts to us and we are proud of them for good representation abroad.

“I encourage them to bear their professionalism and zeal whenever they adorn our jerseys to play for the Super Eagles.

“Let them export their football prowess and dedication to helping us to victory in future tournaments whenever they are called to make our team,’’ Ehimare said.

He added that he was also happy seeing the two players celebrating with the Nigerian flag at the end of the competition.

Other Nigerians, who have won the English FA Cup are Daniel Amokachi, who won it with Everton in 1995 as the first Nigerian that earned glory at Wembley.