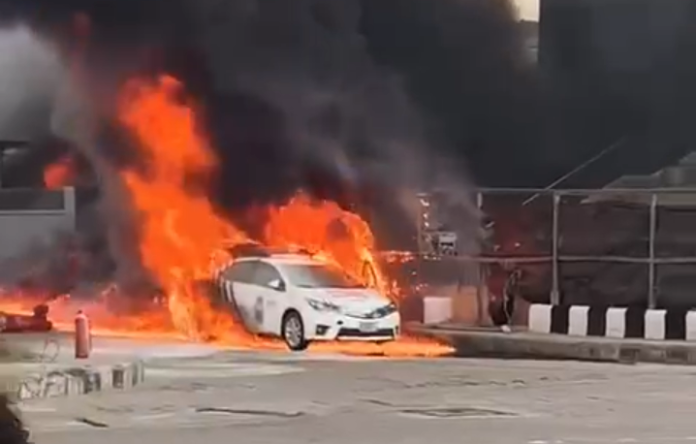 A vehicle belonging to the Rapid Response Squad was gutted by fire on Tuesday at Adeola Odeku Street in Victoria Island, Lagos State.

Though details are sketchy concerning the main cause of the fire, the Lagos State Fire Service have confirmed that they are at the scene and working to quench the fire.

The RRS confirmed the incident stating that lives were lost but did not give figures.

Confirming the incident, RRS tweeted, “RRS vehicle on patrol of Adeola Odeku was this morning involved in a fire incident.

“Although lives were lost in the incident but our officers escaped with injuries.

“While we pray for the repose of the souls of those whose lives were lost in the incident, we appreciate those who have been calling and sending messages to our Commander, CSP Olayinka Egbeyemi.

“Thank you for your concerns.”

Speaking to our correspondent via phone call, the Public Relations Officer of the service, Jamiu Dosunmu, stated that firefighters were at the scene.

Responding to inquiries, Dosunmu said, “I am aware but our men are still there for the details.”