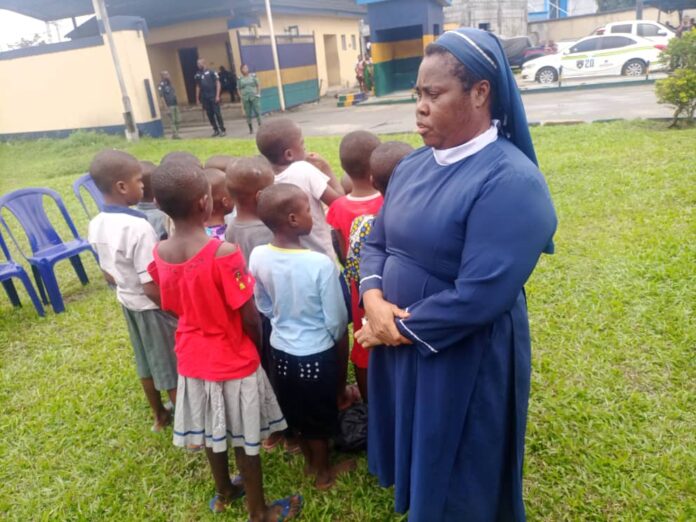 The police in Rivers State have rescued 15 children kidnapped from various part of Port Harcourt and its environs, and have also arrested a fake reverend sister.

The state Commissioner of Police, Friday Eboka, disclosed this at a news briefing in Port Harcourt on Tuesday.

Eboka said the suspect who claims to be a reverend sister would be charged to court.