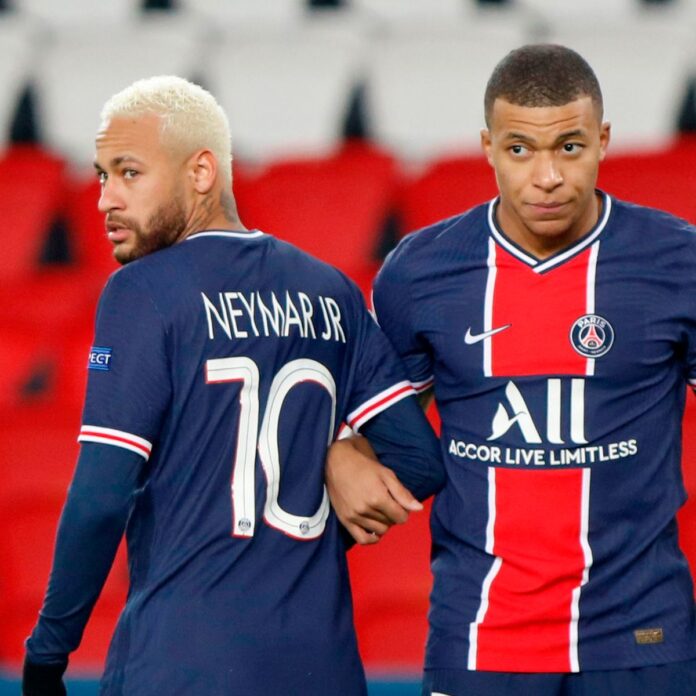 Kylian Mbappe has played down suggestions he does not see eye-to-eye with PSG teammate Neymar, but conceded that the pair’s relationship is ‘hot and cold’.

The duo were embroiled in controversy earlier this season when Neymar refused to hand a penalty over to Mbappe, sparking rumours of a dressing room brawl and demands from the Frenchman that Neymar be sold immediately.

Regardless of what has happened behind the scenes, the pair have shone on the pitch this season, both scoring seven Ligue 1 goals in just six games, and Mbappe and Neymar will now reignite their quest for Champions League glory against Juventus on Tuesday.

Ahead of that game, Mbappe admitted that he is not always Neymar’s best friend but stressed that the pair’s relationship is built around mutual respect.

“To talk about Neymar, this is the sixth year, I think we’ve always had a relationship like this based on respect,” Mbappe told reporters.

“Afterwards, when you have two players with a strong character like that, life is not linear, it’s sure that sometimes things happen but it always remains in the respect and in the interest of PSG.”

Asked who would take a penalty against Juventus, Mbappe said: “We’ll see, we’ll see, there’s always a discussion, we have to see how it goes during the match.

“Number one doesn’t mean that you take all the penalties. I don’t think that exists in any club, even less when you play with three players like that.

“You have to know how to share the cake and feel, it’s a question of feeling, and also know how to put water in your wine. We’ll see tomorrow but there’s no problem with that.”