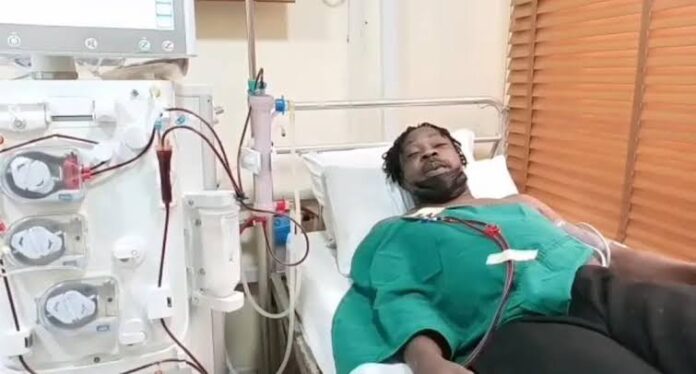 Nigerian rapper Eedris Abdulkareem has shared his GoFundMe account with fans and the public to help him to offset his medical bills.

The renowned rapper posted details of the GoFundMe account on his Instagram page, stating he was prompted to do so. Eedris disclosed that he was only waiting for the doctors to call him for the surgery.

“This is your brother and comrade Eedris Abdulkareem of ‘Nigeria Jaga Jaga’ fame. First, I want to extend my heartfelt thanks and appreciation to you all for the unalloyed love and care you have shown me since this sad news broke.” said the artiste.

He added, “I sincerely appreciate and love you all for this outpouring of genuine love and care. However, based on the requests I have been receiving on the need for gofundme activities. I want to assure everyone that the activity is now on. Just click on my Instagram website for the gofundme link.”

Despite his medical condition, the rapper said he was feeling “better, strong and agile in body and soul while awaiting the doctors’ summons for the surgery procedures scheduled for any time from now.”

The rapper was recently diagnosed with a kidney problem.

Eedris came to the limelight as part of the group Remedies, which included Tony Tetuilla and Eddy Montana, before each went solo. His first solo album, ‘Pass’ was released in 2002, followed by ‘Mr Lecturer’.

He dropped another album, ‘Jaga Jaga’ in 2004, with a track of the same title focusing on the corruption and suffering in Nigeria. The song was banned on radio and television stations by then-President Olusegun Obasanjo.