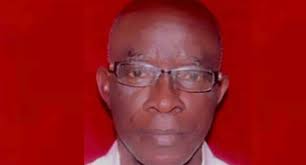 A High Court in Akwa Ibom State has sentenced Peter Ogban, a professor of soil science at the University of Calabar, to three years in prison for manipulation of the 2019 senatorial election results.
Ogban was the returning officer in the senatorial election in Akwa Ibom north-west in 2019.
He was prosecuted by the Independent National Electoral Commission (INEC).
The court found him guilty of altering results of the election to favour the All Progressives Congress (APC) against the Peoples Democratic Party (PDP).