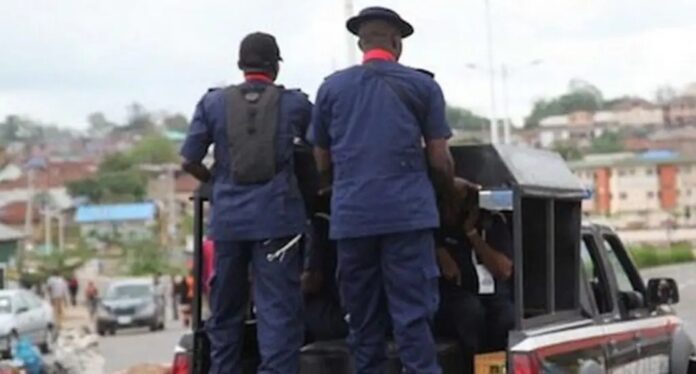 According to The Nation report, the student identified as Victor Musa from Zuru local government area of the state, committed the act with a razor blade while in the custody of NSCDC.

A source hinted Musa was taken to the NSCDC cell on Saturday night for alleged involvement in drug abuse.

The Diploma student was said to have laid hands on a razor blade with which he cut himself to death.

The student was confirmed dead at memorial hospital Birnin Kebbi around 3pm – 4pm on Sunday.

Meanwhile, the National Association of Nigeria Students (NANS) has condemned the incident and demanded for autopsy to ascertain the cause of death.

The union in a statement signed by its National PRO, Giwa Yisa Temitope, accused NSCDC officer of killing the student and passing his death off as suicide.

“It is disturbing to read of the death of a student of Waziri Umaru Federal Polytechnic, Birnin Kebbi who died at the custody of the Nigerian Security and Civil Defence Corps (NSCDC). According to news report, the student was said to have been arrested and detained at the NSCDC facility in the State until his demise which was said to have been a suicide case,” the statement read.

“But, as an association, we hold the strong opinion that it was not a case of suicide as being speculated but a case of murder which must have been perpetuated by the NSCDC officers themselves

“This is so because, a suspect to be held in the facility of any security outfit is not meant to have access to any harmful object that could inflict injury on them.

“We have read of how different crimes have been perpetuated by overzealous officers of the NSCDC, of recent, which was the assault meted on a gospel musician, Olayinka Joel Ayefele in Ekiti State. And, as much as we believe that there should be collaborative efforts from all security outfit, we still hold the view that the student should have been handed over to the NDLEA

“It is based on the foregoing that we demand for an autopsy to be conducted on the corpse while we call for the prosecution of the commandant of the NSCDC in the Zone for negligence.”