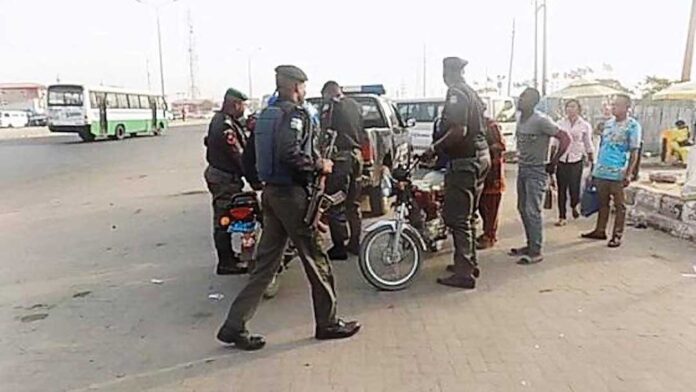 The Lagos-Ibadan Expressway became tense after a police officer is said to have shot and wounded an Okada rider.

The detail of the situation is still sketchy. However, an official of the Federal Road Safety Corps, who talked with Punch correspondent on condition of anonymity, said the bike man was dragging a rifle with the policeman, who in turn, accidentally fired a shot.

“The shot hit the bike man on the leg. As a result of this, aggrieved colleagues of the rider came after the policeman, who fled to the yard of the Julius Berger beside the road.

“They went after him, stormed the place, and started destroying some things,” he said.

He noted that the bike man had been taken to an unknown hospital for treatment.

However, an eyewitness also said a bike man had ridden on the newly constructed lane of the road and in turn had a clash with the policemen guarding the contractors.

The eyewitness said, “A bike man drove on the new road they are building. The police guiding the contractors shot him. And bikers attempted to protest.

“Truth: Due to the Opic accidental discharge that hit a bike man. Others started the roadblock which caused heavy traffic,” he said.

It was also gathered that normalcy had been restored, with commuters now moving freely.

When contacted, the Ogun State Police Command was yet to give detail of the incident.