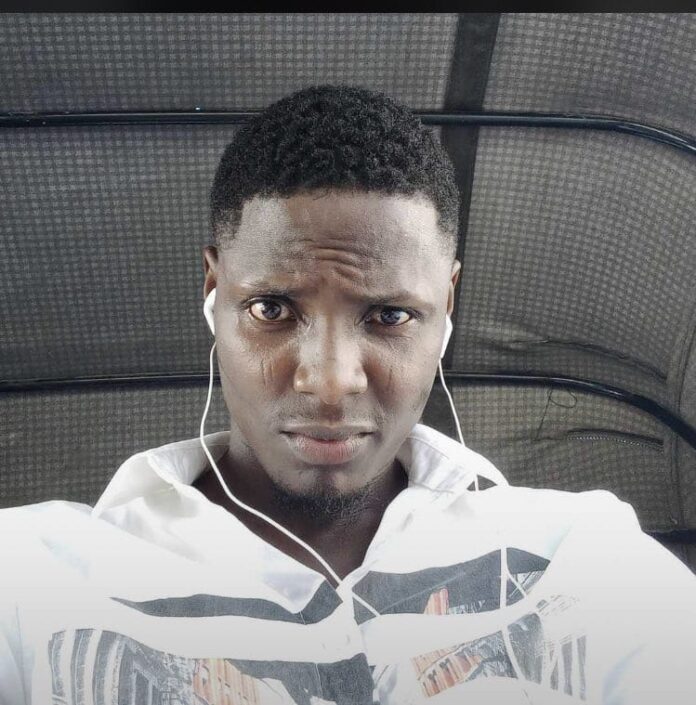 Although details of the incident are still sketchy, eye-witnesses said it happened in front of Ajiwe Police Station, Ajah, on Wednesday, 7 December.

The incident was said to have angered residents and passersby, who gathered at the scene in protest against the killing.

Video trending online showed moments the crowd were scampering for safety as well-equipped policemen fired teargas into the air to disperse them.

Narrating the incident, a tweep, @Debbzdee said: “This morning at about 8pm, @PoliceNG murdered a young man in cold blood right in front of Ajiwe police station Ajah.

“When the crowd gathered and started questioning the police taking pictures and making videos..These cowards brought their troops and started shooting tear gas at people!

“Today @PoliceNG not only disrupted the lives of innocent civilians they almost caused a stampede… people where crossing the roads in frenzy running from the very people meant to protect us. Shame on all of you @PoliceNG @jidesanwoolu.

“Bandits have been terrorizing our lives for years now! Everyday we here that they have entered a new state @PoliceNG what have you done about this? It’s only to drink shekpe and smell like shit that you know!”

Another tweep, Adigun gave an update on the incident. He said: “Gafar’s body is lying helplessly in the car. Aggrieved people are setting road block at the front of Ajiwe police station Ajah”

The Lagos State Police spokesperson, Benjamin Hundeyin, who confirmed the incident, said the Officer, whose name he didn’t disclose, has been arrested and disarmed.

Hundeyin noted that the Lagos State Police Command, through the Area Commander, Elemoro and the Divisional Police Officer of the area, has notified contact with the victim’s family.

He commiserated with the family of the deceased, assuring that investigation has commenced to determine the remote cause of the incident.

“The Command, while commiserating with the family of the deceased over the avoidable and most unfortunate incident, gives assurances that the already commenced investigation into the immediate and remote circumstances leading to the shooting will be brought to a speedy and conclusive end, while equally ensuring that justice is served,” he said.

Reacting to the incident, @cosmicrayboi said: “You guys should stage a protest. We have tolerated this police of a thing. It’s becoming unbearable.”

@adedoyin987 said: “I cried bittterly.. I just dont know what to say”

“The Kind of Lagos Tinubu is boasting of and telling the @BBCAfrica that he built. Nothing will happen just go home and burry the dead no one will be Accountable to these crime My heart goes out to the family in these time of grief,” @MaziBosco reacted.

@adenijimikel kicked against his comment and said, “What does tinubu av to do with the atrocity of Nigeria police ? The last time I check Nigeria police is a security agency of FG not state government or individual,this is not how to play politics or propaganda.”

@annastaciana tweeted: “what kind country are we living in!  I am tired, has human life deteriorated so much that it means absolutely nothing in this country? how did we get here? where did we go wrong? ha Lord have mercy ”