PDP is criticized by the APC for claiming that Tinubu’s candidacy is unlawful. 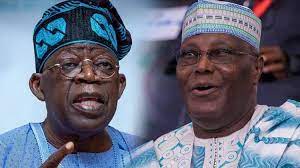 The Peoples Democratic Party (PDP) asserted that the ruling party lacks a legitimate presidential candidate for the general election of 2023, to which the All Progressives Congress (APC) responded.

The main opposition party challenged Tinubu to take responsibility for the effects and ramifications of the inconsistencies in his academic credentials and other problems he has become involved in.

The PDP spokesman encouraged Tinubu to “go home and face the issues of contradictions in his educational qualifications, name, ancestry, age, as well as corruption allegations” while speaking at a press conference in Abuja.

Morka said, “I am confident that the decision will not pass the appellate court’s scrutiny. For one, the decision flies in the face of a valid and subsisting majority Supreme Court decision in Akeredolu’s case which settled the question as to the validity of Mai Mala Buni Caretaker Committee.

“In any event, that committee was duly constituted by the NEC of the APC and everything done by the caretaker committee was duly ratified by the national convention, the highest decision-making organ of the party. Clearly, we stand on the strong legal ground and are unperturbed by that decision.”