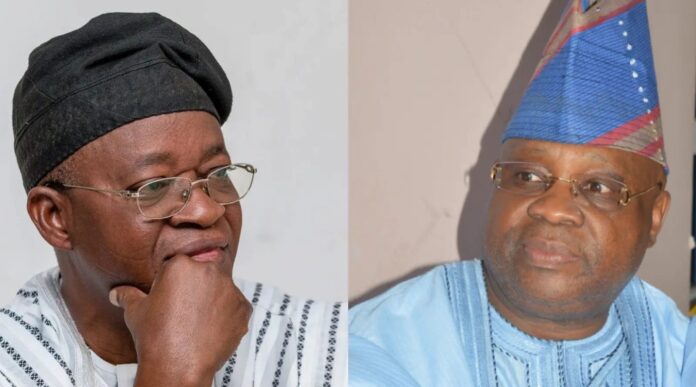 The Election Petition Tribunal, which is considering Adegboyega Oyetola’s petition challenging Senator Ademola Adeleke of the People’s Democratic Party as the winner of the July 16 Osun governorship election, has announced that it will meet everyday for six hours.

The panel, which said its sitting would commence by 10am and end by 4pm from Monday to Thursday, also noted that on Fridays, proceedings would end by 1pm.

Delivering the pre-hearing report of the panel at the proceedings which lasted about 30 minutes on Monday, the tribunal chairman, Justice Tertsea Kume, also said the panel might sit on Saturdays or on public holidays, if necessary.

Kume also said all documentary evidence pleaded by the parties would be taken from the bar and objection to them would be deferred to final address stage.

He also said the time that the parties agreed on for examination in chief and cross examination of the witnesses would be adhere to.

He then adjourned the matter till October 26 for the commencement of hearing.