Oshiomhole: how can Peter Obi fix Nigeria’s security when he failed in Anambra 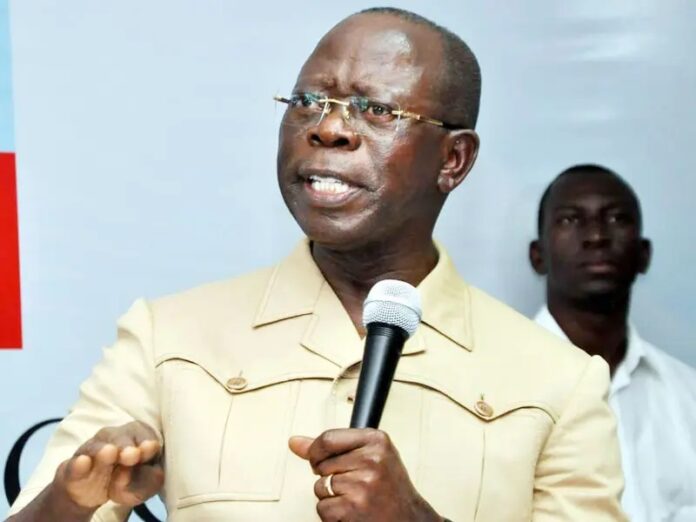 The former national chairman of the All Progressives Congress (APC) said this in Abuja on Sunday at the progressive young leaders summit organised by the party.

According to him, as serving governor in Anambra, Obi was overwhelmed by the nefarious activities of a dreaded gang, known as the Bakassi Boys.

Bakassi Boys was a vigilante group that was later accused of extrajudicial killings in the South East.

Oshiomhole said: “For those of you who are social media warriors, there are issues here that you need to speak to. Go to Google and look at the first six months of governor Obaino’s administration in Anambra state.

“What you will find on YouTube is governor Obaino using bulldozers to demolish the houses of kidnappers and those who were involved in what they called Bakassi boys or even girls.

“Who was the governor when Bakassi developed in Anambra and who solved the problem? So, if a man couldn’t fix a security challenge in his own state which requires courage, how can he convince that he would fix the security challenge all over Nigeria?

“Don’t take it from me. Go to YouTube and find out about the first six months of governor Obaino and find out who was his predecessor.

“If the [predecessor] had solved the problem, would Obaino be using bulldozers to demolish people’s houses, houses of kidnappers and Bakassi boys? So, when they say ‘I will fix Nigeria’, did you fix your state?”

Oshiomhole is a former President of the Nigeria Labour Congress (NLC), which is campaigning massively for Obi.