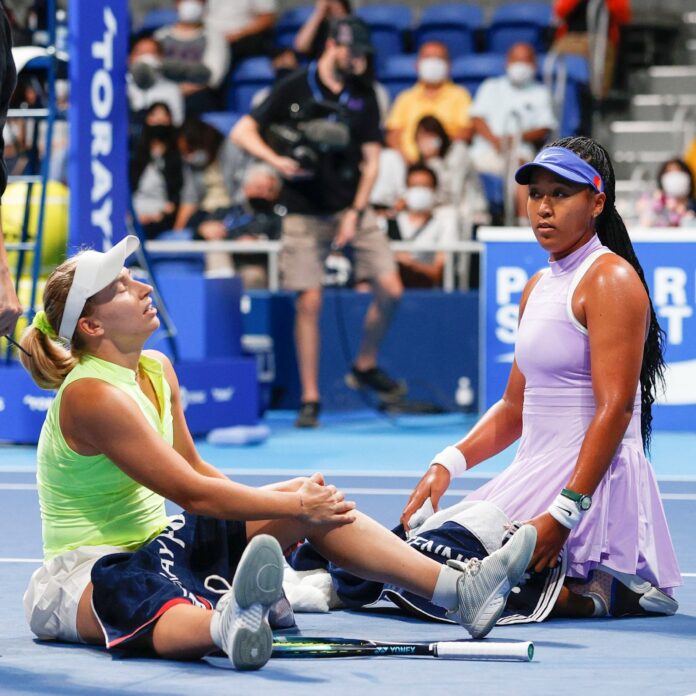 Naomi Osaka began the defence of her Pan Pacific Open crown with a quick win after opponent Daria Saville was forced to retire in just the second game.

Four-time Grand Slam champion Osaka won the opening game before Saville was unable to continue due to a scary-looking injury to her left knee.

The former world No1 will now face a second round match with world number 16 Beatriz Haddad Maia, who eased to a straight sets victory over Yuki Naito.

Karolina Pliskova secured her place in the next round in Tokyo with a 6-2 6-1 demolition of Isabella Shinikova, while Zhang Shuai will face second seed Caroline Garcia on Wednesday after overcoming Mai Hontama in two sets.

In Seoul, Jelena Ostapenko’s hopes of repeating her 2017 heroics at the Korea Open are still alive after the No1 seed narrowly beat 19-year-old Jeong Bo-young.

The world No19 looked to be cruising after the opening set, but the unheralded South Korean hit back in the second and took it to a tie-break in the third, before Ostapenko’s class showed as she won the crucial tie-break 7-2.

Wimbledon semi-finalist Tatjana Maria is also safely through to the second round after a tight 7-6 7-6 triumph over Eugenie Bouchard.