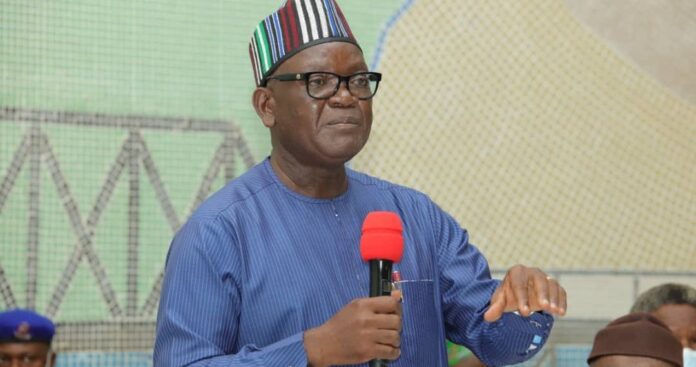 Ortom who signed the bill at the new banquet hall in Government House, Makurdi thanked the Assembly members for their support and speedy work done on the budget and for painstakingly approving and presenting it to the executive.

He said, “We appreciate the 9th Assembly for the synergy and understanding which aided our achievements and victories.”

“Though 2023 is pregnant and loaded, we hope that God will see us through all the challenges we are facing.

“A lot of us are expecting a turnaround, rebranding and refocusing. We as humans have tried but we hope that God himself will rescue us and give us peace, hope and all that will make the coming year enjoyable.”

Speaking on the forthcoming elections, Governor Ortom again urged Benue people to vote for individuals that can be trusted and not according to parties.

“We must know those people who have prospects to help us and the country. Let us be truthful when we sit to consider this and may God direct us.

Earlier, Deputy Speaker, Benue State House of Assembly, Mr Chris Adaji, while presenting the bill to the Governor, reiterated the commitment of the assembly to make laws for the good governance of the state and the betterment of its people.

He further pledged the support of the assembly to enable the governor to deliver dividends to the people even as he is completing his tenure.