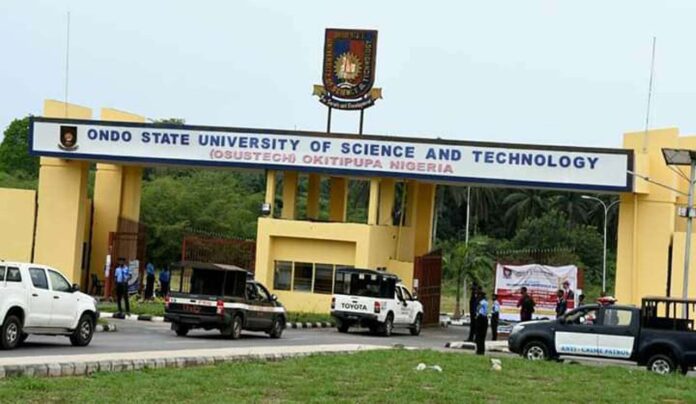 Students of Olusegun Agagu University of Science and Technology (OAUSTECH) Okitipupa in Ondo State have staged a protest against incessant attacks by hoodlums leading to rape and robbery of students in their hostels.

Armed with placards with various inscriptions, the protesting students said the hoodlums also threatened them with charms at night.

President of the institution’s Students Union Government (SUG), Damilola Okunomo, who led the protest appealed to traditional rulers and other individuals in the community to come to their rescue.

He explained that the hoodlums are having a field in Okitipupa as the police station in the locality was vandalised during the #ENDSARS protest.

Okunomo stated that the students could not continue to live in fear while on campus.

He said, “We are here to learn and to be educated which can only be achieved in a conducive environment.

“These people came to our hostels, attacked us with guns, cutlasses, whether we are in academic session or not, they carted away, our shoes, clothes, phones, televisions among other belongings.

“Our lives are at stake because they come with arms and rape.”

Spokesman for the institution, Abdulazeez Adebayo, said the school management has commenced moves to stop the attacks.

Adebayo said meetings have been held with stakeholders of the community to ensure safety of the students.