Once I Was Blind, Now I Can See, I-Regret-Supporting-Buhari-In-2015-Says-Dino-Melaye 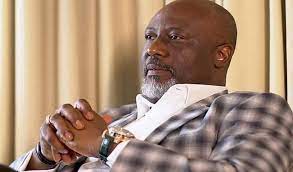 He described Buhari’s administration as the “greatest scam that came out of Africa”.

He spoke on the Channels TV program Politics on Saturday, monitored by The Nation.

Melaye who represented Kogi West in the Senate between 2015 and 2019, said he regretted supporting Buhari’s candidacy in 2015 when he was a member of the ruling APC.

He however noted that the PDP, has better chances of winning the 2023 presidential elections.

Melaye further said he regrets playing a part in bringing the present administration to power.


“Once I was blind, now I can see. How can one remain in a political party or support a president with what is happening today in Nigeria? How? So, I regret very seriously because we were scammed.”

He stressed that the ruling APC is not a party to be reckoned with, arguing that the leading party lacks structure in which a nation can progress politically.

Melaye said, “I spoke like this even when I was a member of the APC and because I am a Christian and the Bible is superior to the constitution of the Federal Republic of Nigeria and it talks about unequal yokes, darkness and light don’t concur, so I had to leave the party