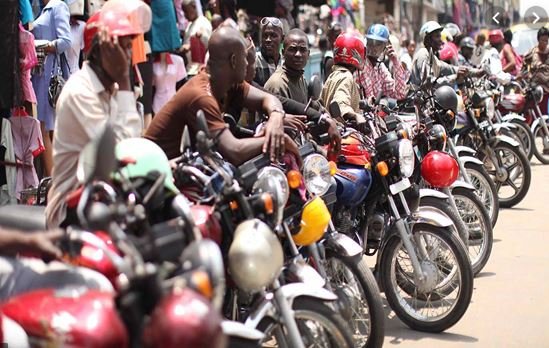 The squad was created by the state government about two weeks ago and it organised a re-orientation and training exercise for the squad, held at the state Secretariat, Alausa, Ikeja.

At least 600 recruited members of the squad for the take-off of the enforcement attended the orientation exercise at the Adeyemi Bero Auditorium, Alausa, Ikeja, organized by the state Ministry of Transportation.

In line with the Transport Sector Reform Law (TSRL), 2018, the Squad, will work with the Police to enforce the ban in all affected areas, on all highways, major roads and bridges in the state.

Speaking at the inaugural ceremony, yesterday, the Commissioner for Transportation, Dr. Frederic Oladeinde, said the Special Anti-Okada Squad will be reporting to the Police.

Oladeinde, said that the aim for the setting up of the squad is to ensure effective enforcement of the order on the ban.

He therefore, warned that individuals arrested (riders and passengers) will be made to face the full wrath of the law in line with the provision of Section 46, sub-section 1, 2 and 3 of the TSRL, 2018.

Oladeinde stated that motorcycles impounded will be crushed in the public glare.

The Permanent Secretary, Ministry of Transportation, Mr. Kamar Olowoshago, also urged the Anti-Okada personnel to be diligent and honest in the discharge of their duties.

Also at the inauguration was the Commissioner for Housing, Fatai Akinderu, who later presented completion of training certificates to the squad.