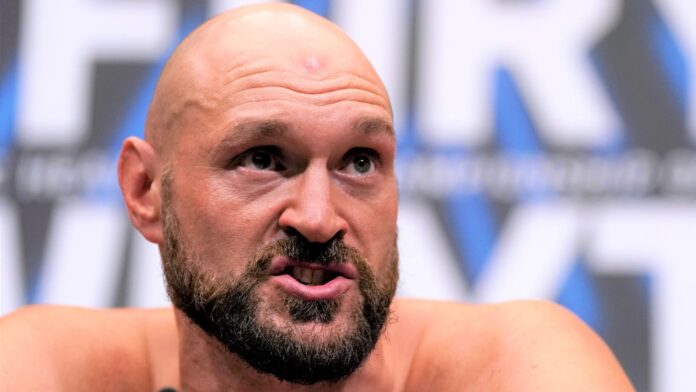 Tyson Fury has revealed it will take a cool half a £500m for him to return to professional boxing.

The Gypsy King, 33, insisted he was hanging up his gloves after knocking out Dillian Whyte at Wembley in April.

The WBC champ has left fans baffled having retired, then saying he will return for a £200m bout with Anthony Joshua, then making a U-turn on that to suggest he would only be interested in exhibition events.

He has now claimed he would take on his fellow Brit – for the audacious sum of £500m.

In a confusing series of apparent U-turns, Fury appeared on Good Morning Britain today to state he IS retired and will only enter the ring for “Hollywood style entertainment”.

“I don’t know who the exhibition is against. I thought it was against an old timer or The Rock or someone so maybe it will generate £200m my end.

“Even £200m doesn’t even tempt me. I’d probably want half a billion to come out of retirement.

“What he’s got to do is come out with half a billion and then the Gypsy King will solve all his problems. Because if AJ gets beat again by Usyk then there will be only one man to redeem this great nation of the United Kingdom and he goes by the name of Tyson Fury.

“I can solve all the problems, the embarrassment, all that stuff that’s going to happen – one call, but it’s going to cost £500m.” He said.