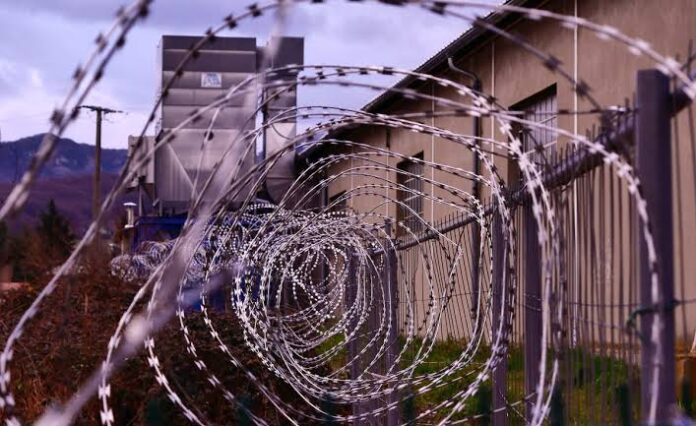 The officers of the Nigerian Correctional Service and some Inmates at the Medium Security Custodial Centre Ubiaja in Edo State have been reportedly injured in an attempted jailbreak.

The incident occurred days after a foiled jailbreak by inmates in Bauchi State which left many injured.

The attempted jailbreak at Ubiaja also happened days after over 1,800 inmates were freed when gunmen attacked the Owerri prison in Imo State. Hoodlums had also attacked prisons in Edo State last October in the aftermath of the #EndSARS riot, freeing thousands of inmates.

“Investigation later revealed that some hardened criminals among the inmates instigated others to riot having heard of what happened at Oko, Benin and Owerri to effect jail break for possible escape.

“This led to violence, damaging of cells, the admin blocks, medical office and boring of holes on the perimeter fence in a bid to facilitate their escape from custody,” Suleman said in the statement titled, ‘Jailbreak Foiled At Ubiaja Custodial Centre’.

The statement added, “They were eventually repelled and overpowered due to the re-enforcement of armed personnel of the Correctional Service, the Police Force, Nigerian Army, NSCDC and the DSS who were deployed to the Custodial center to ensure calm and full control of the situation.

“The situation is fully under control with the inmates returned to their cells. No life was lost but some staff and inmates sustained various degrees of injuries and no inmate escaped from custody.”

Suleman added that the Controller of Correctional Service in the state was at the Custodial Centre in person and thanked the various sister security agencies for the effective synergy and prompt response.

The spokesman for the state command also said the Controller assured the general public of peace and calm of the various custodial centres in Edo State.

Sequel to the spate of invasion of custodial centres by hoodlums and the consequent jailbreaks, the Nigerian Army accepted to assist the Nigerian Correctional Service in giving refresher training to its armed squad personnel.