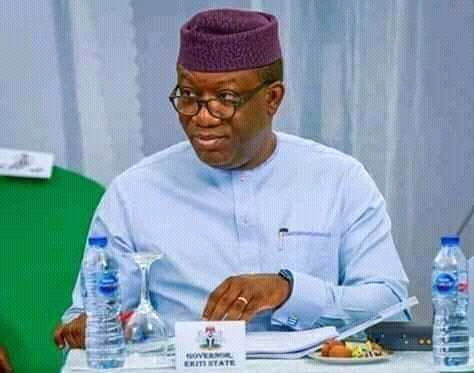 The Government of Ekiti State on Thursday announced that the state has moved from the 24th position recorded in 2018 to the 4th position in the latest ranking of the Nigerian States’ Budget Transparency Survey Report for the Year 2020.

The Sub-National Budget Transparency Survey (SNBTS) is a project implemented by the Civil Resource Development and Documentation Centre (CIRDDOC) and funded by the Foreign Commonwealth and Development Office (FCDO) formerly known as DFID/UkAid.

The report states that the majority of states improved their 2020 scores on the State Budget Document Availability Index, but Ekiti and five other states were exceptional for scoring above 60 points and performing very well in the democratization of access to budget information.

According to the Executive Director, CIRDDOC Nigeria, Ral Nwankwo-Obioha, “CIRDDOC developed the SNBTS project with the objectives to compare the degree of budget transparency across states; promote international best practices with regards to the budgeting and budget process in the states, and to inspire and encourage the spirit of ‘competitiveness’ amongst states towards promoting budget transparency and government accountability.”

It is significant that in line with the objectives of the report, Ekiti has played host to many states in a bid to understudy the Fayemi Budgetary Model, and apply the principles in their respective .

During his first term in office, Fayemi introduced a unique approach to participatory budgeting in Sub-Saharan Africa which entails ensuring all communities in the state have inputs in the preparation of the budget during town hall meetings that are conducted across the state.

This revolutionary model ensures that communities have a say in determining their priority projects, and are also empowered with the resources to directly implement and supervise them in their respective communities. This model accounts for Ekiti’s very strong showing in the assessment report.

On the ‘Availability of Key Budget Documents’ section of the survey, Ekiti scored 71 points, which is a fitting testimony to the efficiency of the Fayemi Budgeting model that mandates all state contracts to be published on the government’s website – www.ekitistate.gov.ng – which has been widely adjudged as one of the best public sector websites in the country for proactive disclosure amongst other positive attributes.

Under Fayemi, all state government contracts are published online, and anyone can access information on any matter along the entire government procurement chain.

In his reaction to the development, the state Commissioner for Budget and Planning, Mr. Femi Ajayi said, “This feat is a landmark testimony to the Fayemi administration’s open, transparent, and participatory approach to governance.

The Government of Ekiti State, Nigeria is the pioneer state to domesticate the Freedom of Information Act (FOIA) and the first state in the Southwest to sign up to the Open Government Partnership (OGP).

We are certain that with the reforms in the budgeting process that has further taken roots in the state, we would claim the first position in next year’s ranking like we did in 2015 at the end of the Fayemi administration’s first term in office.”