Obi: I will stop campaigning if 1% of half a trillion received as governor is traced to me 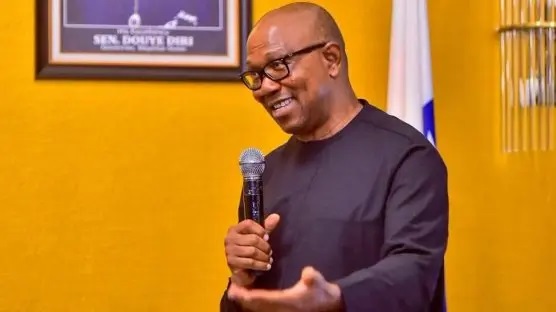 Presidential candidate of the Labour Party, Mr. Peter Obi has said that he received about half a trillion Naira in the eight years he served as governor of Anambra State, stressing that he will stop campaigning if 1 percent of the money misappropriated is traced to him.

He also said that he will stop campaigning if one parcel of land in the whole  of Anambra State is seen to have been allocated to him by Anambra State Government.

Peter Obi who was addressing Nigerians said at point of leaving government, those responsible prepared and brought severance package to him but that he rejected the offer telling them he came to serve   the people of Anambra and having finished his tenure, he is going home.

The Presidential aspirant said it is well documented that he was saving both Naira and in US Dollars when he was governor of Anambra State and succeeded in leaving the state with $155 million and over N30 billion, which he said he could have carted away since nobody left it for him at the time he was coming into governance.

Peter Obi said what needed to be done right now in Nigeria is to stop excessive bleeding in the systems, with snakes swallowing money, termites eating up money, and monkeys carting money away.

“They are now chasing Accountant General for stealing N119 billion”, he said, in a now trending video online.

“What we want to do is stop is to stop the bleeding first, stop the stealing first, they are chasing people, accountant general snakes and rats are eating money, account general has taken N119 billion. I was governor for 8 years in Anambra, we received about half a trillion naira. If you trace 1 percent of it  misappropriated to me , I will stop campaigning.

“I have opportunity to convert their money but I did not. The money I left is documented, so it is not a story that I left 155 million dollars, I left over 30 billion which I could have taken because no body kept if for us, if you go to Anambra, if you see I piece of land allocated by government of Anambra state to Peter Obi, I will stop campaigning.

“They have never poured me water since I left office.  They brought benefit of governor when I was about to leave.  I told them I am leaving here, it is good bye, I have served the people , I am going home.