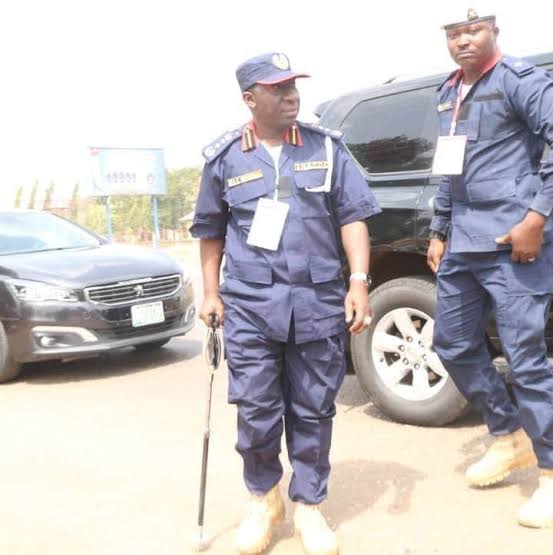 The command also arrested two members of the syndicate and detained a 60,000-litre truck laden with the commodity after overpowering the syndicate which attacked the NSCD officials.

The NSCDC Lagos Commandant, Paul Ayeni, addressing newsmen at the site of the bunkering, said the command received the distress call at about 1:00 am on Saturday.

According to the Lagos NSCDC boss, the men of the command immediately swung into action to ensure the perpetrators did not go scot free and that the country’s critical infrastructure was protected.

Ayeni said that the command was able to capture two members of the syndicate, one Francis Ogbechie, 31, of No 3 Bless-Jar, Gowon Estate, Egbeda, Lagos State and a native of Isele-uku, Aniocha North LGA of Delta.

“The second suspect is Pius Uchenna, 32, who lives at No. 3, Bori Street, Cele Village, Egbeda, Lagos State, a native of Agbor, Ika South LGA of Delta,” he said.

According to the commandant, both suspects have no specific job or means of livelihood for identification.

The Lagos NSCDC boss explained further that about four trucks drove into the creek with the aim to siphon PMS.

“However, on sighting our men, about 40 bunkerers jumped out of the creek and pounced on our men.

“The NSCDC personnel wrestled with them and a truck loaded with 60 litres of PMS was seized, while three empty trucks sped away.

“The driver of the seized truck destroyed its brakes in an attempt to deceive our men but to no avail.

“The command has repaired the brakes to move the truck out of the creek so as to be able to deliver it to Nigerian National Petroleum Corporation,’’ the NSCDC Lagos boss added.

The commandant said that the command was in search of other accomplices.

“The two suspects have already been locked up and investigations have begun,” Ayeni said.

Ayeni berated the oil thieves on the hardships they caused the Federal Government and Nigerians.

The NSCDC boss reiterated that the corps would continue to live up to its mandate of protecting critical infrastructure in the country.