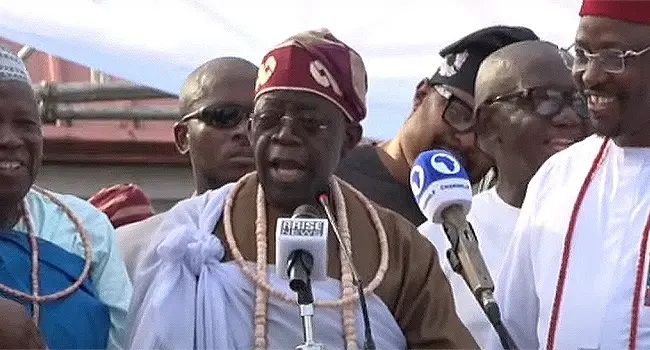 The Igbo Town Union General Assembly operating in the 19 Northern States and the FCT Abuja has pledged to work for Bola Tinubu, the Presidential Candidate of the All Progressives Congress (APC), ahead of the 2023 presidential election.

The unions are also seeking a meeting with Tinubu to discuss burning issues that concern the Igbo living in the North.

The Igbo Group made the pledge when they visited the Governor Hope Uzodinma of Imo State, in Owerri, the state capital.

Addressing the members, the Governor commended them for their love for APC and tod them that they made the right decision.

Uzodinma reiterated his continued preaching for peace and unity of Nigeria, saying: “Our people that are agitating for secession or ethnic politics don’t consider what the Igbos in the Northern Nigeria are going through and their investments and businesses.”

The Governor stressed on his belief in the unity of Nigeria, saying that the Igbos are better off in the Nigerian project.

He noted that the Igbos have a lot of talents yet to be harnessed, “a determined spirit to succeed anywhere they are,” noting that such ambition could be realized in a broader Nigerian space.

Also, he commended the group for their organizational skills and promised to take the issues they raised in their address seriously.

“Put together, the Igbos in the Diaspora are more than the Igbos at home and should be taken seriously in the political equation,” the Governor said.

In their address presented by their Leader, Dr. Collins Chibueze Ajali, members of the Group also promised to unanimously use their platform and network to work for the re-election of the Governor in 2023.