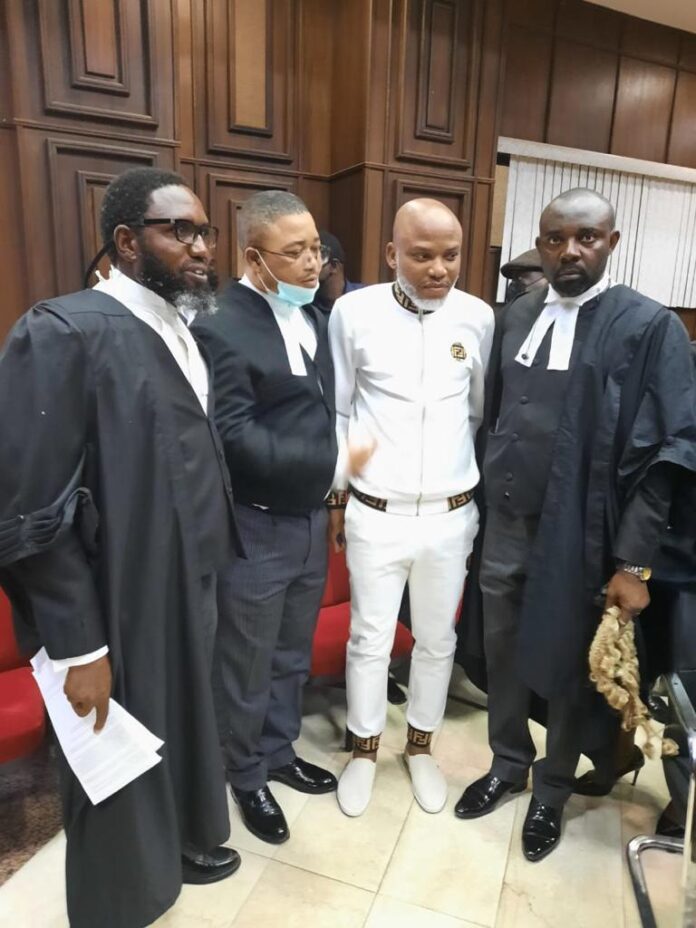 The leader of the Indigenous People of Biafra, Nnamdi Kanu, has pleaded “not guilty” to the 15-count amended charge on terrorism filed against him by the Nigerian government.

Kanu’s suit against the Nigerian government simultaneously goes on in Abia State where Justice Benson Anya will deliver a ruling today.

It was reported that the Nigerian prosecution team has moved loads of what it called, documentary evidence, against Kanu.

The court room of the Federal High Court in Abuja before Justice Binta Nyako where the prosecution is holding has been flooded with documentary evidence to be tendered by the President Muhammadu Buhari’s government against Kanu.

Also electronic equipment comprising various cameras have been brought to court and are being inspected by the lead counsel to the Nigerian government, Shuaib Magaji Labaran.