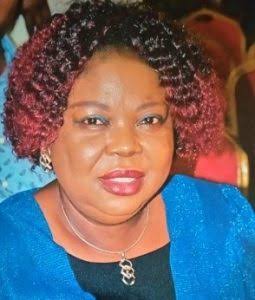 Mrs Patricia Kalesanwo has become the first female Registrar of the Nigerian Institute of Journalism.

E247 reports that Kalesanwo is the first to be appointed in such capacity in the history of the over 50-year-old institute.

She replaces Mr. Dotun Adenijo who retired as the registrar of the institute last year.

Her appointment was confirmed in a statement by the Provost of the Institute, Gbenga Adefaye.

It reads, “The Nigerian Institute of Journalism, Lagos has appointed Mrs. Patricia Kalesanwo its first female Registrar since establishment in 1971.

The Segun-Osoba led Governing Council of the NIJ, Nigeria’s Premier Monotechnic confirmed the appointment of Mrs. Kalesanwo as Registrar at its Council meeting of March, 17, 2021 at Lagos.

“Mrs Kalesanwo who holds a Masters Degree in Adult Education (Communication Arts), from the University of Ibadan, was the Students’ Affairs Officer of the Institute for more than a decade. She worked at the Federal Radio Corporation of Nigeria (FRCN) before joining the NIJ.

“Mrs Kalesanwo attended many courses on journalism within and outside the country. She is married with children.”