Nigerian rapper Yung6ix robbed in US 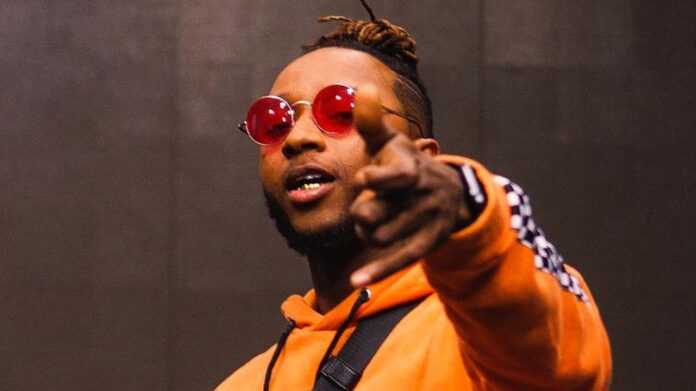 US-based Nigerian rapper Onome Onokohwomo, popularly known as Yung6ix has lamented bitterly on social media after he was robbed on Sunday in the US.

Yung6ix revealed the unidentified robbers carted away with his entire life as all the valuables he owns were in the car while he was moving into his new apartment.

According to the 31-year-old rapper, his laptop containing his new album and mixtape with about $5,000 to $7,000 cash were taken, including his Black Magic 6k camera, 4 iPhones, his PS5 and studio recording equipment.

The Hip-Hop artist took to his Instagram page to share a CCTV footage of when his car was robbed and sharing the video, he wrote;

“My car got robbed. Had my whole life in that car. My laptop with my new album and mixtape. about $5,000 – $7,000 cash, Black Magic 6k camera, iPhones my ps5 and studio recording equipments while I was moving into my new apartment.”

In October 2020, the rapper posted a video where he ranted about how his car was robbed.

He said the robbers broke into his car and stole his customized teeth grills as well as his Versace shades.

Meanwhile social media users have reacted to Yung6ix predicament and unfortunate loss as most persons have sympathized with him.

While a few others have castigated him for always keeping very expensive items in his car noting that this is not the first time he will be robbed in the US while adding that he should relocate back to Nigeria.

judithnwandu wrote: “Man I hope you get everything back.”

ricoswavey_official wrote: “Damn so sorry bro. The universe will replace everything back in double portion.”

zen_zakki wrote: “Bro its still d pandemic, people desperate…keep ur valuables in d trunk away from prying eyes….hope u track him down.”

baronjay__ wrote: “Damn! I hope you retrieve the album man! Not easy loosing a body of work you spent so much time on.”

medlinboss stated: “Omg! so sorry my darling Hope you recover everything back especially your work files.”

ikechipablo argued: “Why always you.”

ayomideverified wrote: “Relocate to naija you no want.”

ricchmilla asked: “Why you go pack all those things put for car?”

maxirvinofficial wrote: “Relocate bro. Make dem nor go kill you thruway for nothing.”

iamelastick wrote: “Na only you then dye rob for yankee.”

Jocceus wrote: “Why putting your valuable assets in the car?”

yellowmouthed wrote: “Who you offend? Always pray and seek Gods face… Only you robbed how many times… Maybe na people wey deh close to you. Trust no one and pray.”